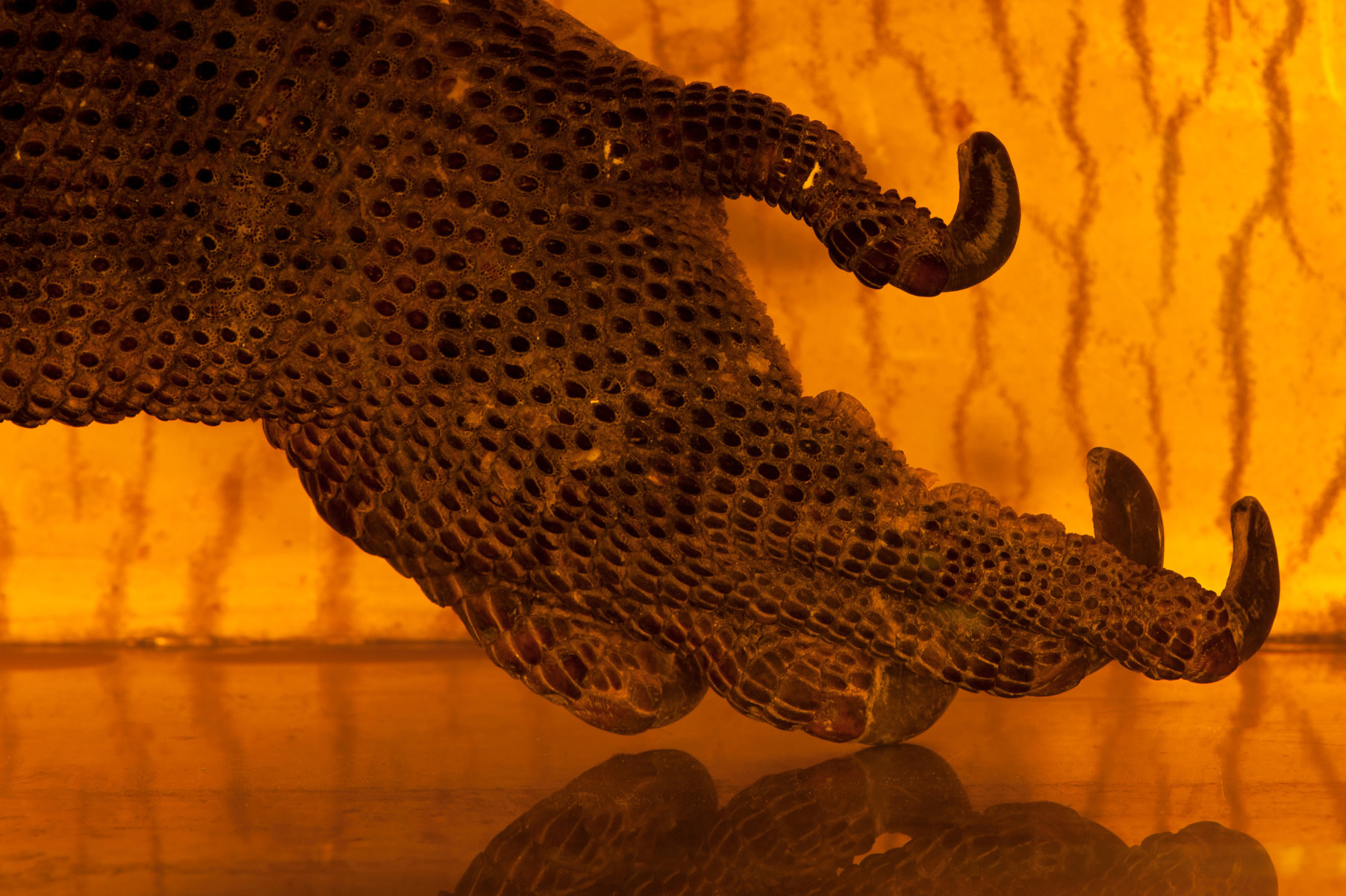 The Komodo dragon is the largest living species of lizard in the world – the biggest recorded individual was 10.3 feet long and weighed 366 pounds. Komodo dragons are carnivorous and can eat up to 80 percent of their body weight in a single feeding. They hunt a variety of prey – anything from birds and rodents to horses and water buffalo – using their shark-like teeth and venomous saliva that induces shock and blood loss, killing anything that escapes their jaws. They are native to five Indonesian islands, including the island of Komodo where it gets its name.

There are approximately 3000 Komodo dragons remaining in Indonesia, which is only a fraction of its population a mere 50 years ago. They are listed as vulnerable due to habitat destruction from development and natural disasters, loss of large prey (such as deer) from widespread hunting and illegal hunting of the lizards themselves.

The Komodo National Park was established in 1980, covering the islands Komodo, Rinca and Padar in an attempt to conserve the species’ habitat (although the lizard has not been seen on the island of Padar since the 1970s). The park is now listed as a UNESCO World Heritage Site.