There are approximately 30 bumble bee species in the Pacific Northwest region of the United States and the Western bumble bee was once the most common of these – its historic range spanned 14 states and western Canada. B. occidentalis is known as a generalist pollinator, benefiting numerous agricultural crops. In the 1990s the species was bred to commercially pollinate crops and it contracted Nosema bombi, a deadly fungal parasite affecting many bee species. As a result, wild populations of the species were also infected and numerous commercial bumble bee operations collapsed.

Over the past decade, numbers of B. occidentalis have dropped more than 40 percent and its range has decreased by 20 percent – the species has all but disappeared from southern British Columbia down to central California. The threats to the Western bumble bee are shared by other species of bee: the spread of disease by the commercial bee industry, habitat destruction, climate change, pesticides, invasive plants that compete with the bee’s native sources of nectar and pollen and the spread of parasitic insects, such as the small hive beetle (Aethina tumida). As the overall population becomes more fragmented, they are also threatened by inbreeding, resulting in sterile males that cannot reproduce or serve as workers.

In 2016, small populations of B. occidentalis were discovered in locations in Washington and Idaho where they had previously not been documented, offering a glimmer of hope for the species. One hypothesis as to this re-emergence is that they have developed a resistance to Nosema bombi or that the parasite has become less virulent. Yet researchers warn against being too positive about their slight resurgence. ‘It’s not clear if we caught them on a good year or a bad year,’ said Paul Rhoades, research fellow at the University of Idaho. ‘We need to see if these populations are sustainable.’ 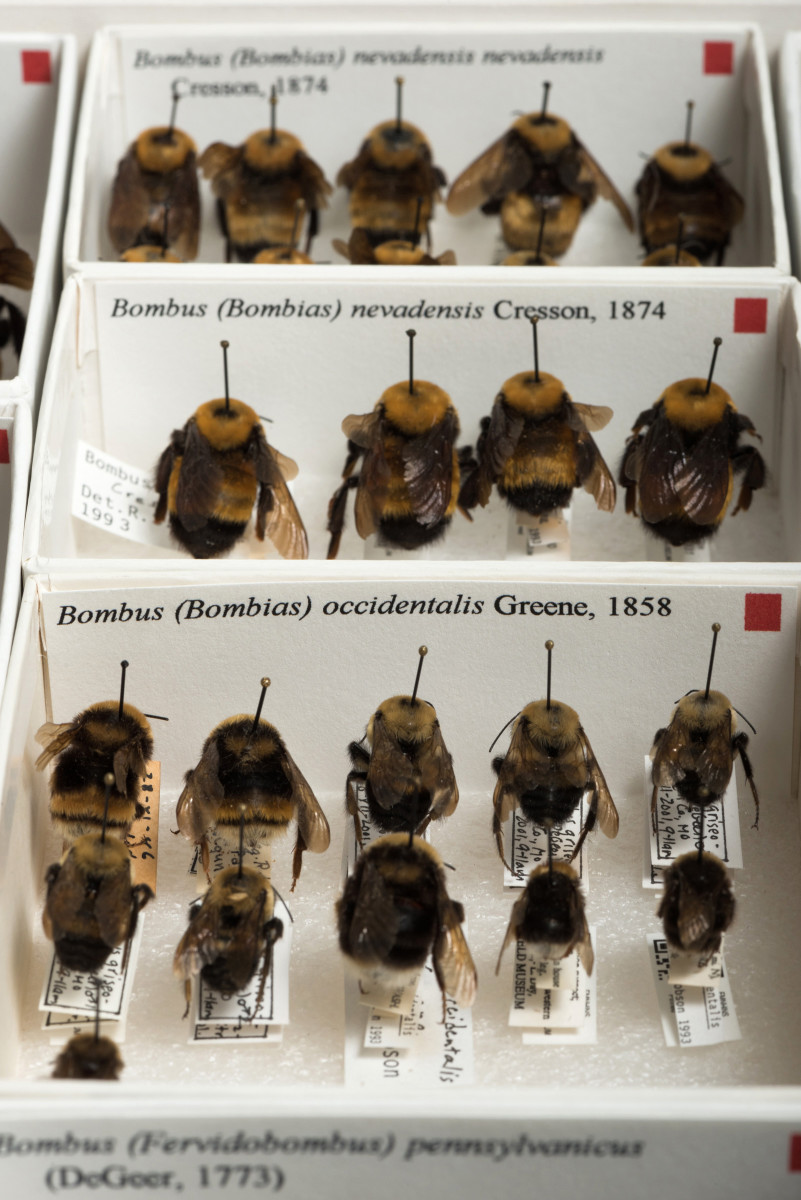