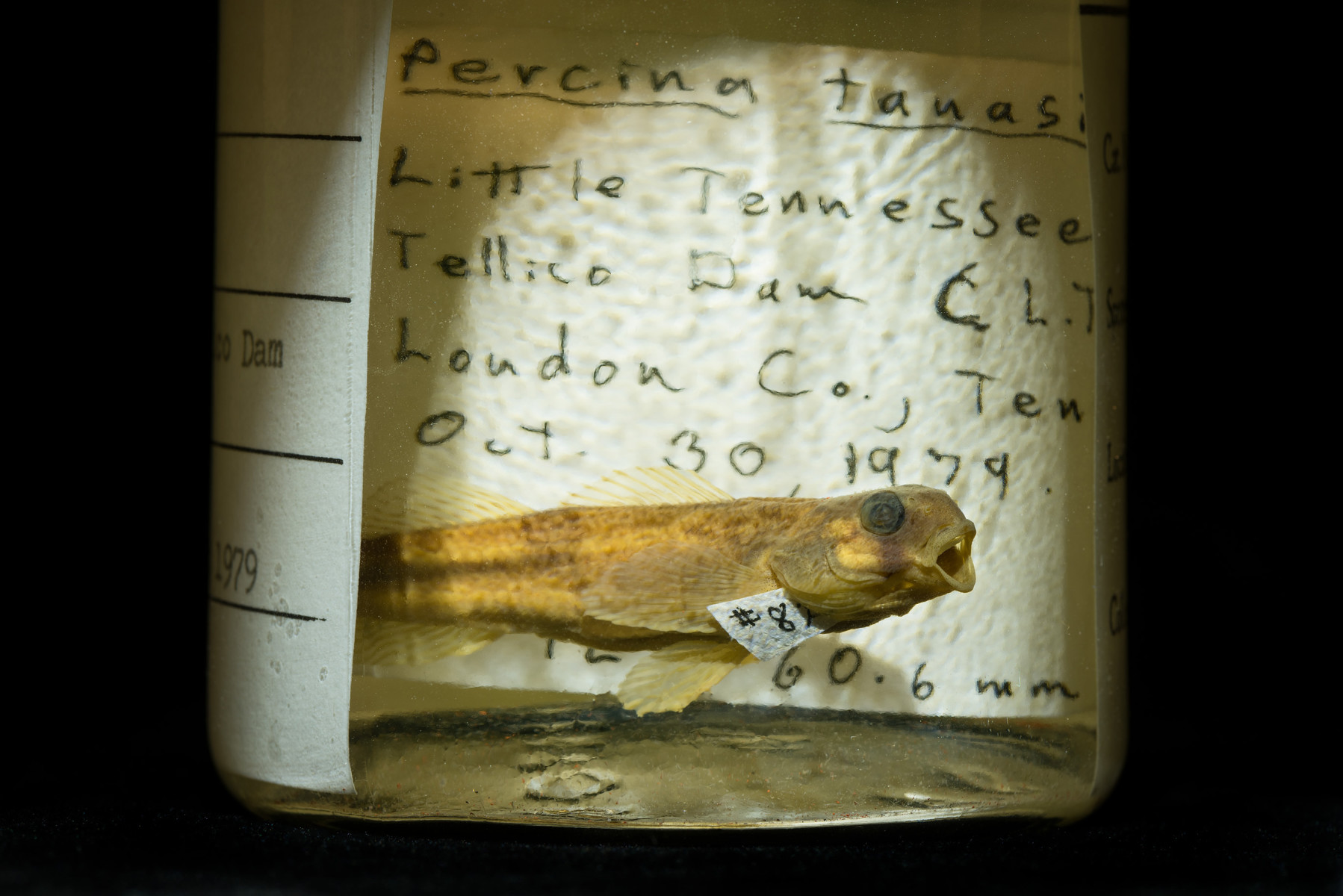 The Tennessee River system has a huge diversity of fishes in the family Percidae and many are endangered. One of those, the Snail darter, is a small, 90mm long fish that was discovered in the East Tennessee area in 1973 and was almost immediately listed as endangered. In that same year, this diminutive fish became the subject of a controversial and important legal proceeding, one that would come to have a significant impact on numerous endangered species around the United States.

1973 was also the year that the Endangered Species Act (ESA) was passed, to protect already threatened species from the ‘consequence of economic growth and development untempered by adequate concern and conservation.’ The act was invoked by the Environmental Protection Agency (EPA) in their 1978 lawsuit against the Tennessee Valley Authority (Tennessee Valley Authority v. Hill) to halt the construction of the Tellico Dam. The EPA argued that continuing with the proposed dam on the Little Tennessee River would propel the snail darter to extinction by blocking its migratory route. The case made it all the way to the Supreme Court where the justices ruled 6-3 to halt construction of the dam.

Congress were furious that such a huge project could be thwarted by a ‘minnow’ and eventually made the Tellico Dam exempt from the act. They voted on amendments to create the Endangered Species Act Committee, also known as the ‘God Squad’, to consider the economic implications of future projects in order to grant exemptions. Nonetheless, the suit was considered a success as it was the first major test of the courts’ willingness to enforce the ESA. The dam was completed in 1979 but not before thousands of Snail darters were transplanted to Tennessee’s Hiwassee River. Due to these efforts, the status of the Snail darter has been downgraded from endangered to vulnerable.