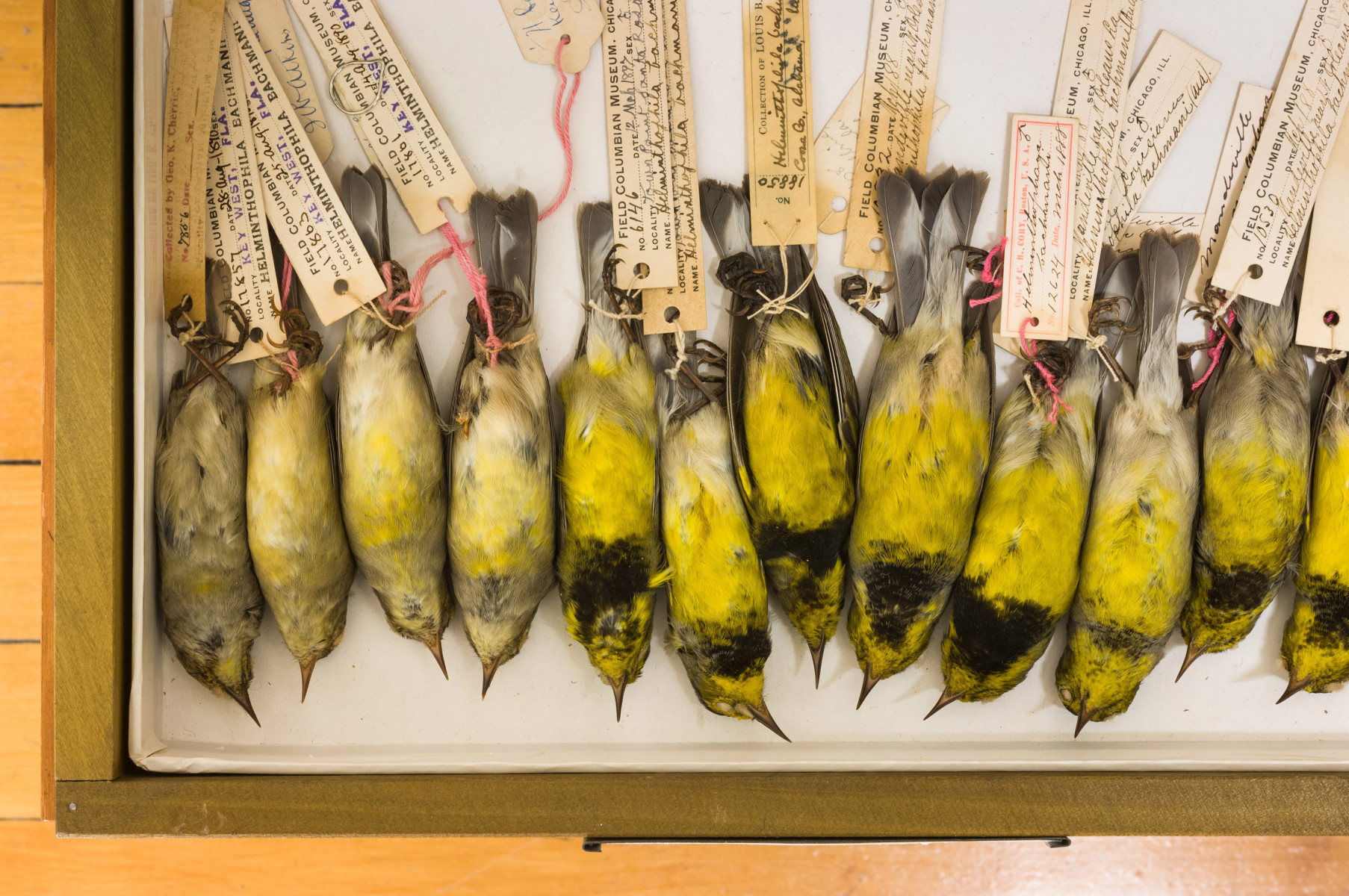 
This small, yellow and grey migratory bird is native to the southeast United States, inhabiting swamps and bottomland forests. It was first observed in 1832 yet by the 1930s sightings of the species were rare.

Numbers of V. bachmanii drastically declined due to loss of its breeding grounds through deforestation, drainage and stream channelisation. The birds wintered primarily in Cuba, where habitat loss was especially severe, as land was cleared for sugarcane plantations.

There is very little remaining habitat to search and any extant numbers that have managed to survive would be very small, hence its critically endangered status. In addition, any remnant population wintering in Cuba would be very vulnerable to the potentially catastrophic effects of hurricanes. The last two confirmed sightings of Bachman’s warbler were in 1961 and 1988, leading many to believe that it is now extinct. In 2002, video footage of a possible female V. bachmanii was shot in Cuba but was eventually deemed inconclusive.