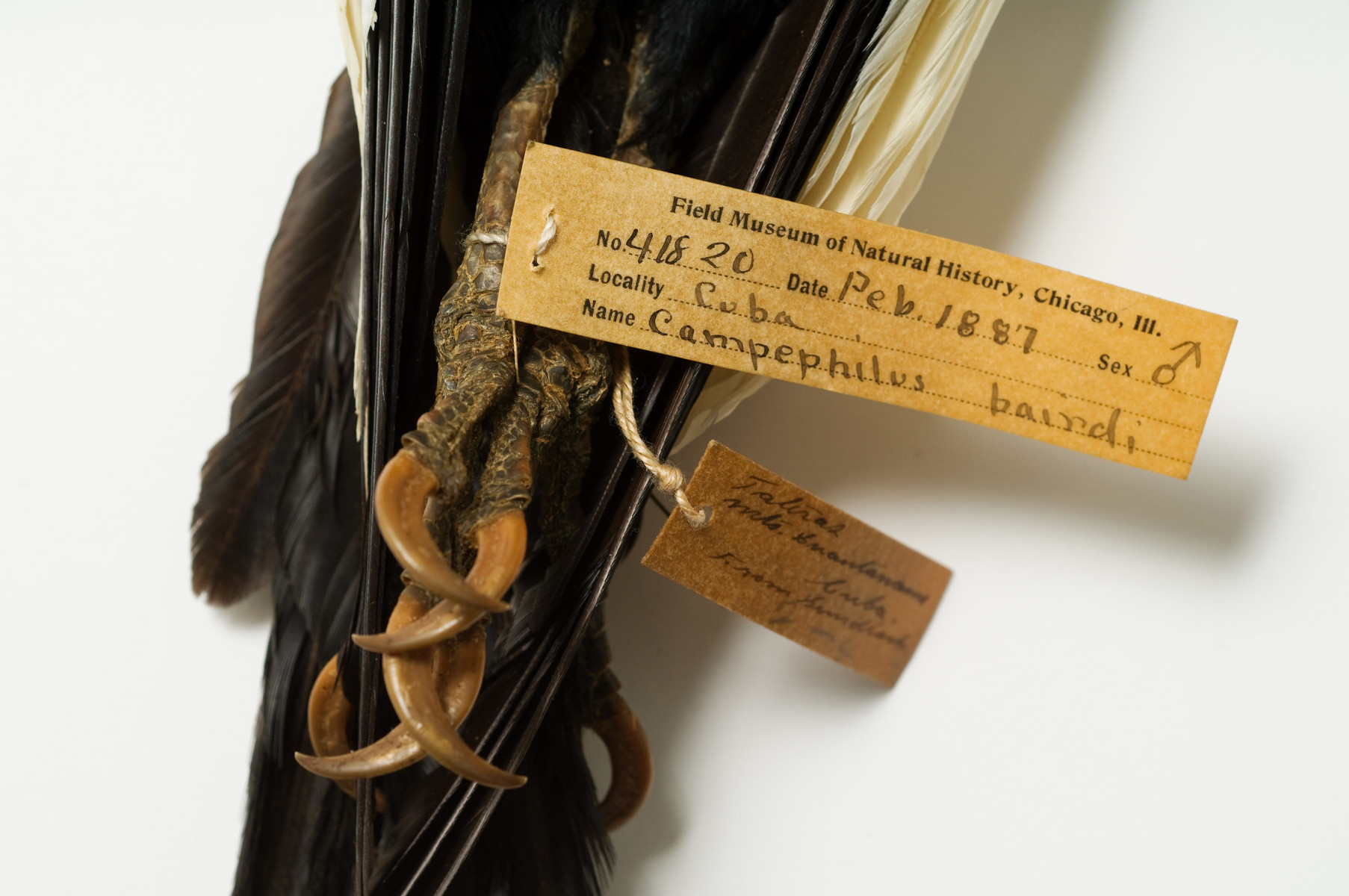 Originally described as a subspecies of the ivory-billed woodpecker by the ornithologist John Cassin in 1863, the Cuban species of Campehilus occurred only on the island. The Cuban birds are smaller than the US birds and have differences in the plumage on the crest and neck. C. p. bairdii was eventually discovered to be a distinct species in 2006 by researchers who extracted ancient DNA from tissue samples from museum specimens at the Smithsonian National Museum of Natural History. The two species diverged about one million years ago, refuting the theory that Native Americans had imported the species to Cuba.

Last seen in the 1980s, the Cuban ivory-billed woodpecker is now thought to be extinct. The clearing of old-growth forest for sugar plantations and the lumber industry decimated its habitat and primary food source, large beetle larvae. By the 1950s, the bird was confined to an isolated area of pine forest in eastern Cuba, where its numbers continued to rapidly decline. As around 80 percent of its suitable habitat in Cuba remains to be searched, some ornithologists hold onto the belief that the species may one day be rediscovered.