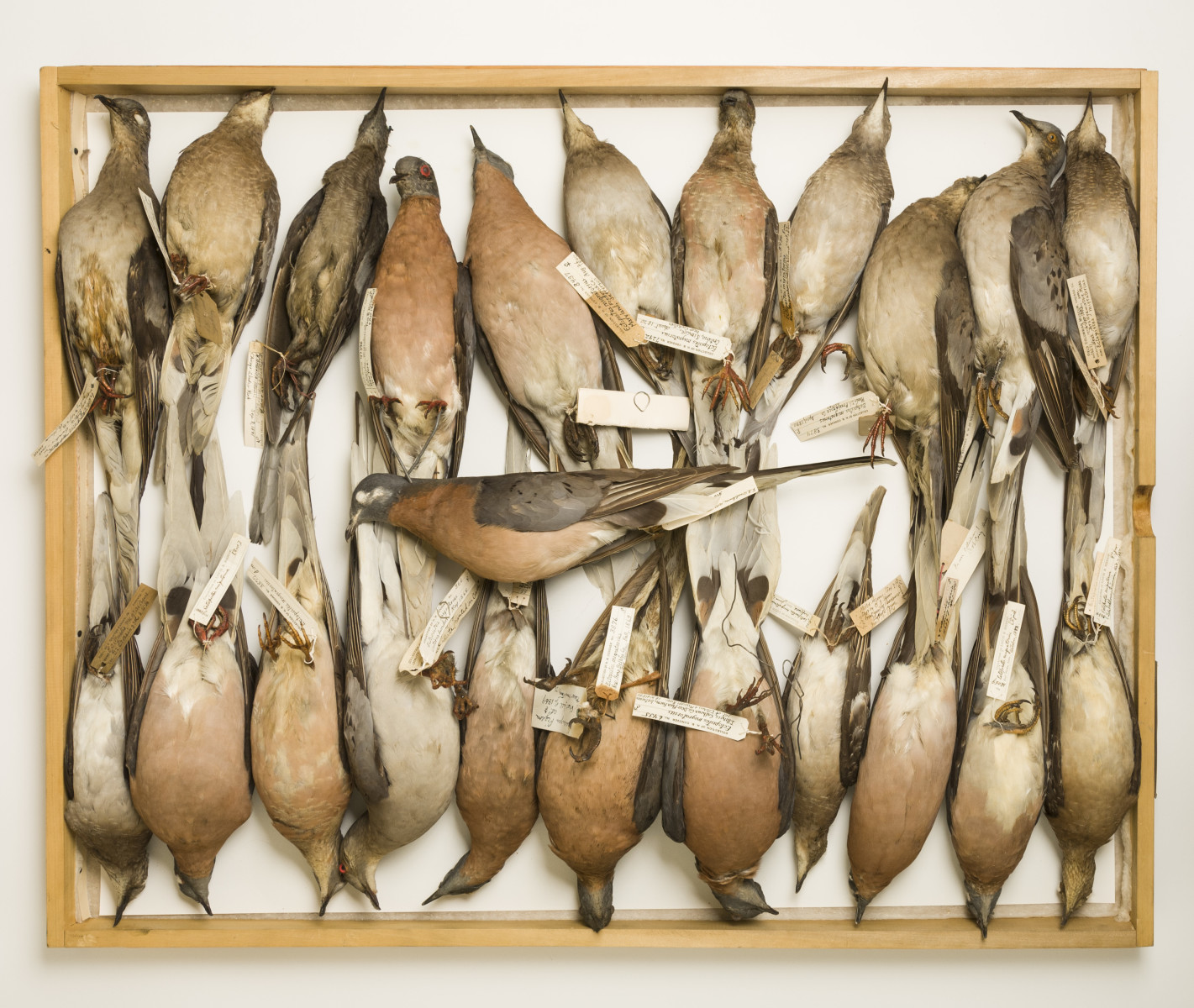 
On 14 September 1914, the last passenger pigeon died in a cage at the Cincinnati Zoo. It is one of the few species for which we know the exact date of extinction. When Europeans settled in North America in the late 1500s, the E. migratorius population was as high as six billion in its forest habitat in eastern North America, up to 40 percent of the total bird population on the continent. Just a few decades of reckless overhunting and deforestation in the late 1800s brought the world’s largest ever bird population to zero.

Flocks of passenger pigeons in the 1800s were so dense that the birds could simply be batted out of the air with clubs as they flew over ridges; one shotgun blast could bring down as many as 50 birds. The naturalist John James Audubon observed one flock for three days and estimated the birds were flying past at a rate of 300 million per hour.

Professional hunters tracked the nomadic flocks and met the demand for meat and feathers by suffocating birds nesting in trees with sulfurous fires, knocking nests and squabs (young pigeons) from trees, baiting and intoxicating them with alcohol-soaked grain to make them easier to catch and by using live decoys with their eyes sewn shut. By 1880, overkill had made commercial hunting unprofitable. In April 1896, hunters found the last remnant flock of 250,000 and in one day killed all but 5000 birds – with some accounts claiming all were killed.

Despite commercial hunting, the passenger pigeon probably would not have survived the progressive loss of the vast expanses of eastern woodland habitat they needed to survive. Captive breeding efforts failed. Martha, the last passenger pigeon, is stored in the National Museum of Natural History at the Smithsonian Institute, Washington, DC.