There are 15 species of giant tortoises on the Galapagos Islands, three of which are officially declared extinct. It is thought that the extinct tortoises were hunted to extinction by 1850 and no live individuals have been observed since. This specimen, with a handwritten ‘extinct’ label, was collected by Karl Patterson Schmidt, one of the most important herpetologists of the 20th century and assistant curator of reptiles and amphibians at the Field Museum in the 1920s.

Some 80 years later, in 2008, new information about Floreana giant tortoise emerged. Scientists believe that the species may still exist but on another island in the Galapagos archipelago. They uncovered a ‘bizarre mix of genes’ in 80 tortoises that inhabit Isabella Island, showing clear ancestry to the Floreana giant tortoise. They hypothesise that whalers and pirates may have been responsible for transporting the tortoises to another island – they were sometimes brought to different islands by ship or thrown overboard to lighten their load. Although it would be extremely fortuitous to find a live specimen, researchers claim that the hybrid turtles that exist could provide enough of a link to resuscitate the extinct species, using specialised breeding methods. 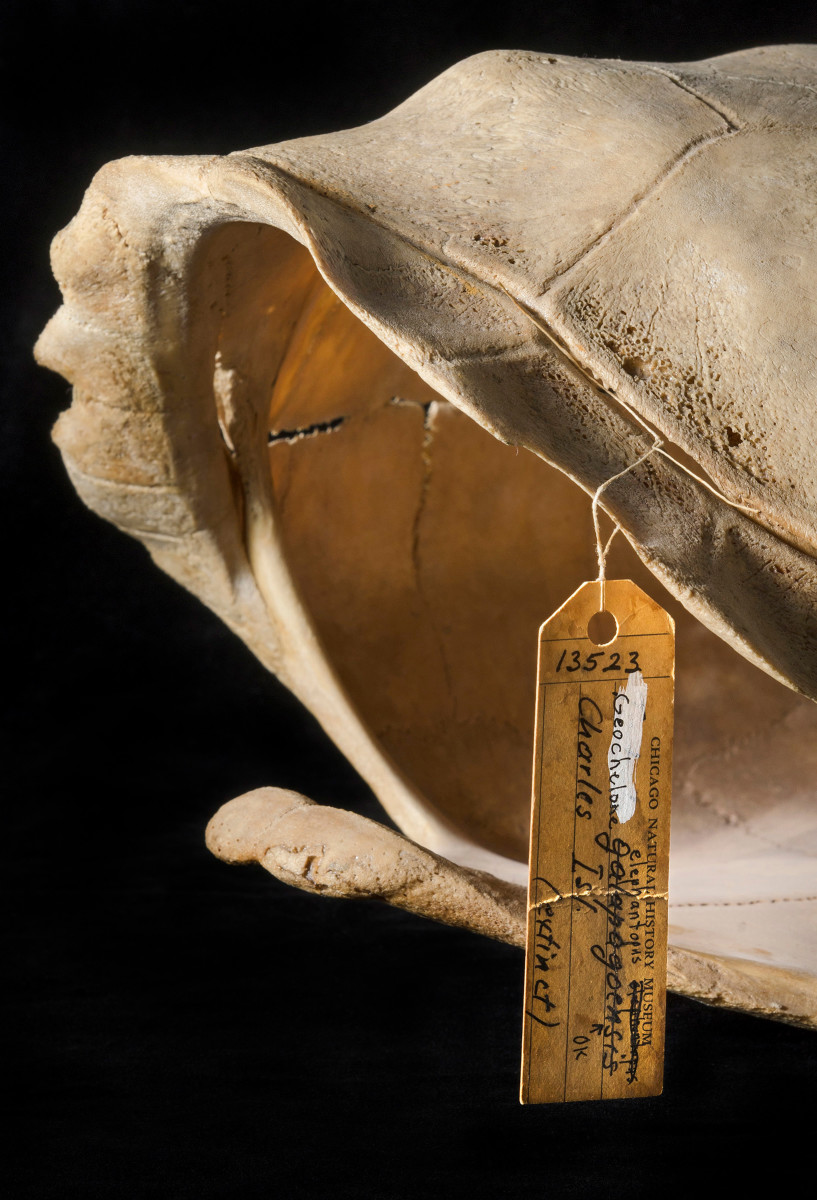