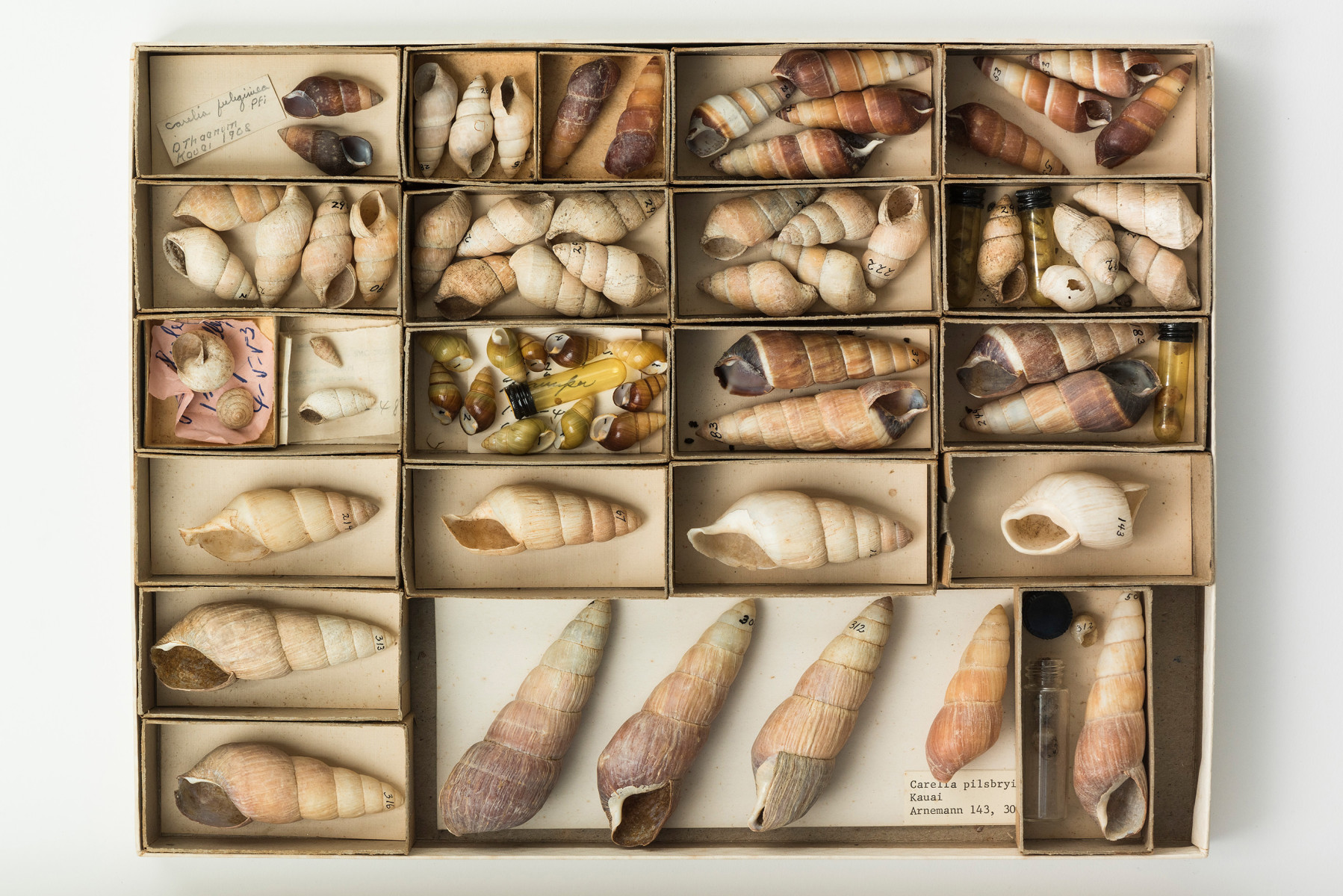 
There are 41 species of Hawaiian tree snails that were once endemic to the islands of Hawai’i but are now critically endangered or extinct. These tree dwelling snails were once found in forests at altitudes above 500 metres. They were nocturnal and fed on fungus that grows on the leaves of some native Hawaiian plants. Averaging about 1.9cm in length, this genus of snails includes species that are diverse in colours, shapes and patterns. Due to their low growth and fertility rate – as opposed to other snails, they give birth to one live young at a time, rather than laying eggs – the number of Achatinella snails is easily threatened.

The most commonly recognised culprit behind the extinction of the Hawaiian tree snails has been the introduction of the invasive, aggressive and carnivorous Euglandina rosea, or the rosy wolfsnail. Native to Central America, the rosy wolfsnail was introduced to Hawai’i in an attempt to control the population of another snail, the giant African land snail, which was causing damage to crops and plants. As an unintended consequence, numerous species of Achatinella became extinct within one year of the rosy wolfsnail being brought to the Hawaiian islands. Achatinella represents an example of island speciation, wherein the absence of outside pressure, its relatively slow reproductive strategy became a huge disadvantage with the arrival of a new predator.

Legitimate efforts are underway to conserve the ten or so species of Achatinella that are not yet extinct. Biologists at the University of Hawai’i have begun breeding them in captivity where they are then relocated to a predator-proof enclosure in the Waianae Mountains, custom-built by the US Army.