There are eight species of North American cisco, ray-finned salmonid fishes found in the Great Lakes, and of those, three are now extinct. The Deepwater cisco was observed only in Lake Huron and Lake Michigan and while there is some discrepancy in the taxonomy between the different species, it was one of the largest ciscoes. The fish was silvery in colour with hints of pink and purple and with a green or blue back. Due to its size, it was overfished into extinction. The species was last seen in Lake Michigan in 1952.

The deepwater cisco population crashed and disappeared at the same time as many other Great Lakes fishes as they too were greatly affected by two invasive species – predation by the parasitic sea lamprey and competition from the alewife, a herring species that bypassed Niagara Falls via Welland Canal in the mid-1900s. Without any predators in the Great Lakes – Lake trout had been all but killed off by overfishing and the ever-present Sea lamprey – alewife became so abundant that they had to be controlled by the introduction of two species of Pacific salmon, coho and Chinook salmon, a case of balancing the numbers of one predatory invasive species with another. 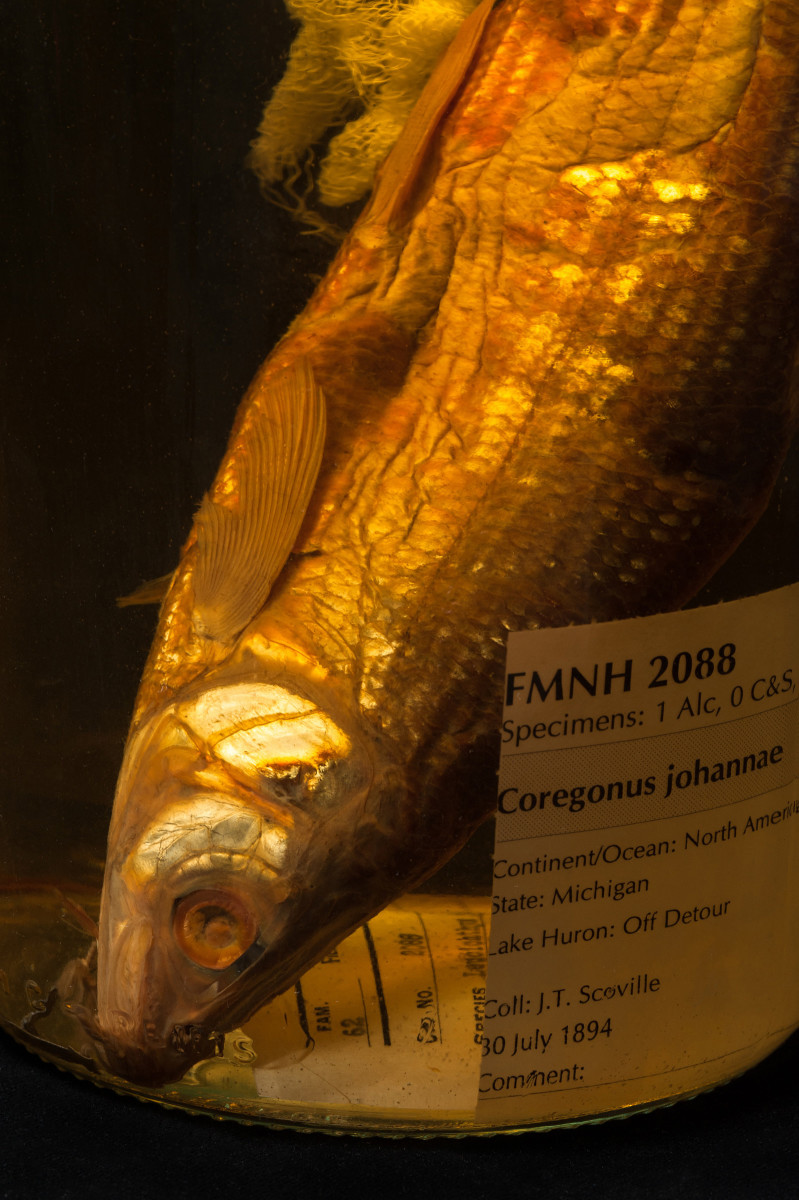