The Grand Cayman thrush was once endemic to the island of Grand Cayman in the Caribbean. T. ravidus was dark grey with a white belly and primarily inhabited swamps, mangroves and areas with climbing cactus and sharp coral rocks. The species was common to the island when it was first described in 1886 yet was declared extinct some 50 years later.

Extinction of the Grand Cayman thrush is thought to be the result of habitat destruction due to deforestation and storm damage from hurricanes in 1932 and 1944. Considered to be a particularly beautiful species of thrush, it was very popular with collectors. Today, according to the IUCN, there are only 21 specimens of T. ravidus housed in natural history museums around the world and very little is known about the species as it was extinct before exploration of the Caribbean began in earnest. One of the few things recorded about the thrush was a 1916 description of its call by TM Savage English: ‘Its song was very subdued, recalling the warble of a Budgerigar… the second time it showed itself it flew across the road, giving a ‘thrush’ chatter as it flew. This, like its song, was only just audible.’ The last confirmed sighting of the Grand Cayman thrush was in 1938. 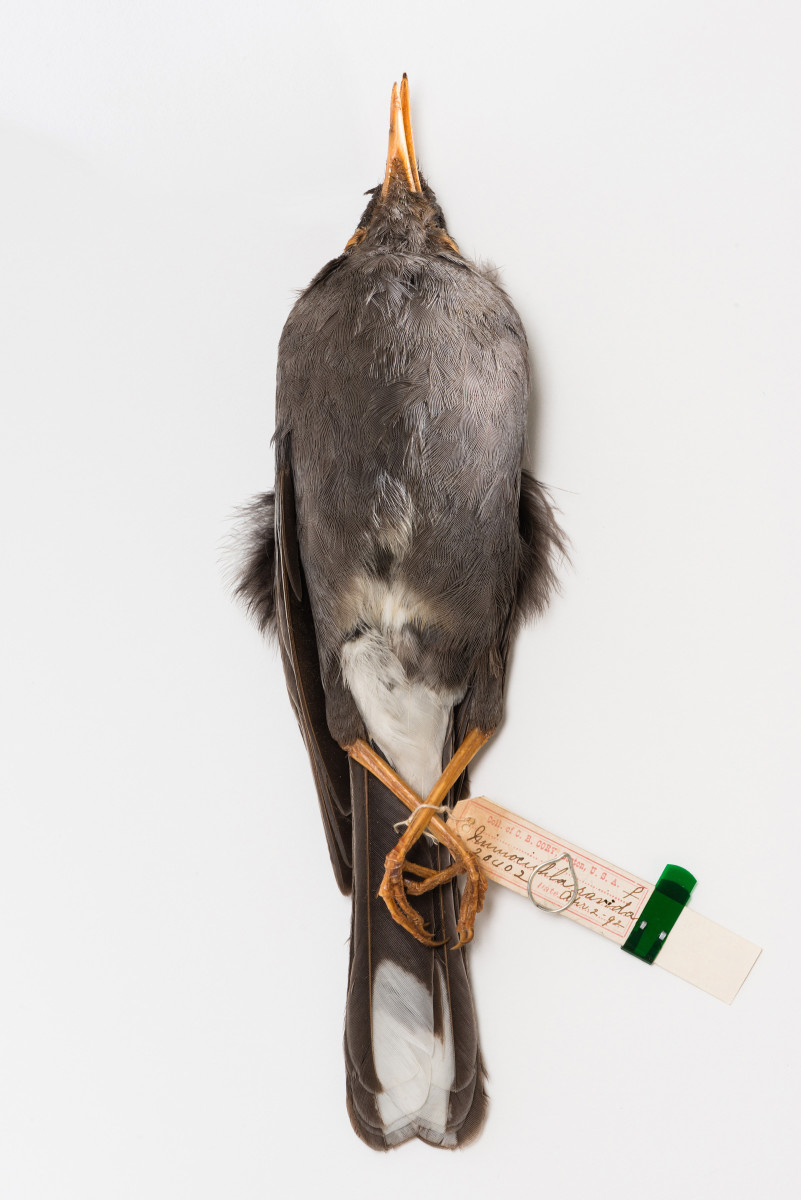