The Carolina parakeet was the only indigenous parrot in North America. As its forest habitat was cleared in the 1800s, and as crops were planted in its range in the eastern United States, it began to feed on cultivated fruit, adding to its traditional diet of wild fruits and the seeds of plants. Farmers exterminated the birds in fields and orchards because they saw them as agricultural pests. They were also hunted for their colorful feathers, used to adorn women’s hats. By the mid-1800s the species was rare and the remaining population was restricted to Florida, with the last sightings made in the early 1900s.

It was thought that poultry disease and competition for tree nesting cavities from newly introduced honeybees were the final causes of extinction, however a 2019 project to sequence the species’ genome put this theory to rest. The study confirmed that due to its sudden, sharp decline in numbers and lack of any evidence of inbreeding or viruses, humans were the sole driver of the Carolina parakeet’s extinction. The last individual died in 1918 in the Cincinnati Zoo, in the same aviary where Martha, the last passenger pigeon, died four years earlier. 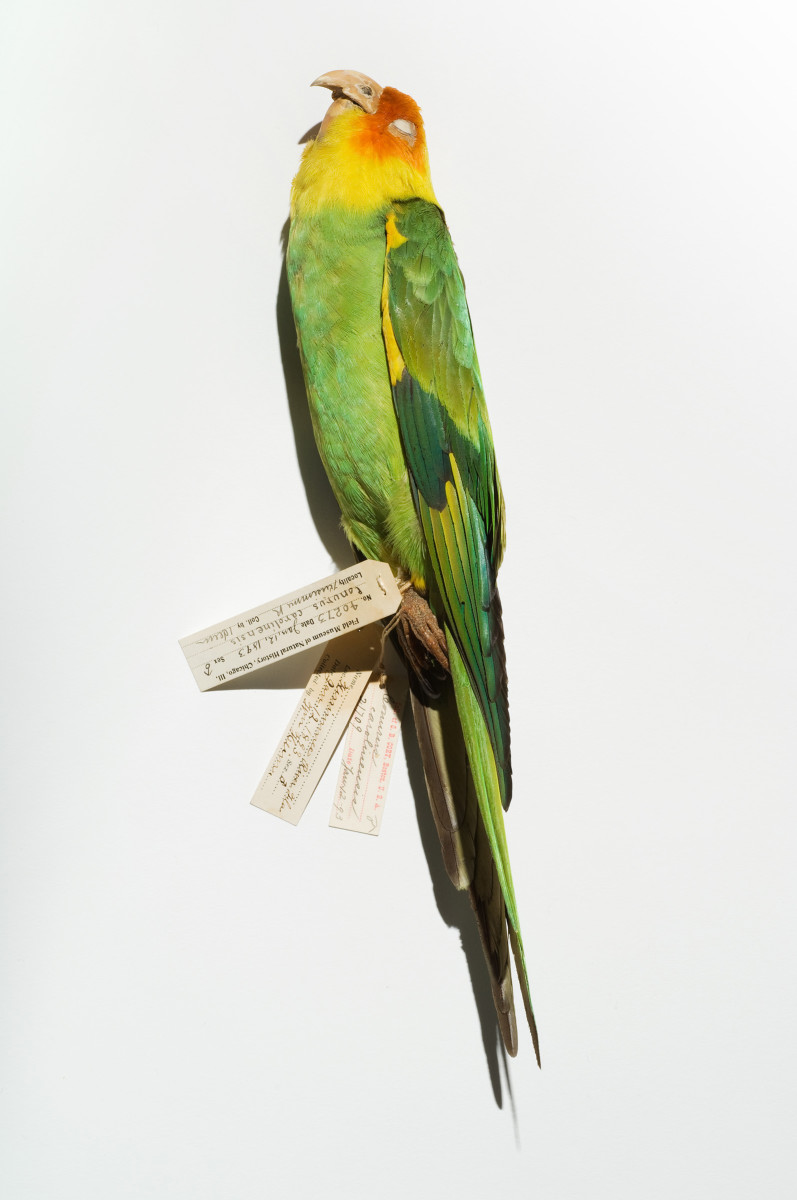