Once one of the most numerous of shorebirds, with a population of millions, it has now been over 30 years since the last confirmed sighting of N. borealis. It cannot be presumed to be extinct until all potential breeding areas have been surveyed and the series of occasional unconfirmed reports have ceased. Yet any remaining population is likely to be tiny and therefore it is classified as critically endangered (possibly extinct).

Huge flocks of these birds once filled the skies along the migration route from northern Alaska and the Northwest Territories to South America. Extensive market hunting in the late 19th and early 20th centuries and the loss of prairies to agriculture made the N. borealis population unviable, meaning it was not capable of surviving in the wild in terms of having sufficient numbers and genetic variety.

The demise of the Eskimo curlew is closely linked to the extinction of another species, the Rocky Mountain locust (Melanoplus spretus). The locust was a primary food source for the curlew during migration through the prairies. An 1874 swarm was estimated to cover nearly 200,000 square miles – larger than California. Less than 30 years later the locust was extinct, possibly due to agriculture and crop planting. Without the threat of seasonal locust damage, North American agriculture developed even more aggressively in the late 1800s, further sealing the fate of the Eskimo curlew. 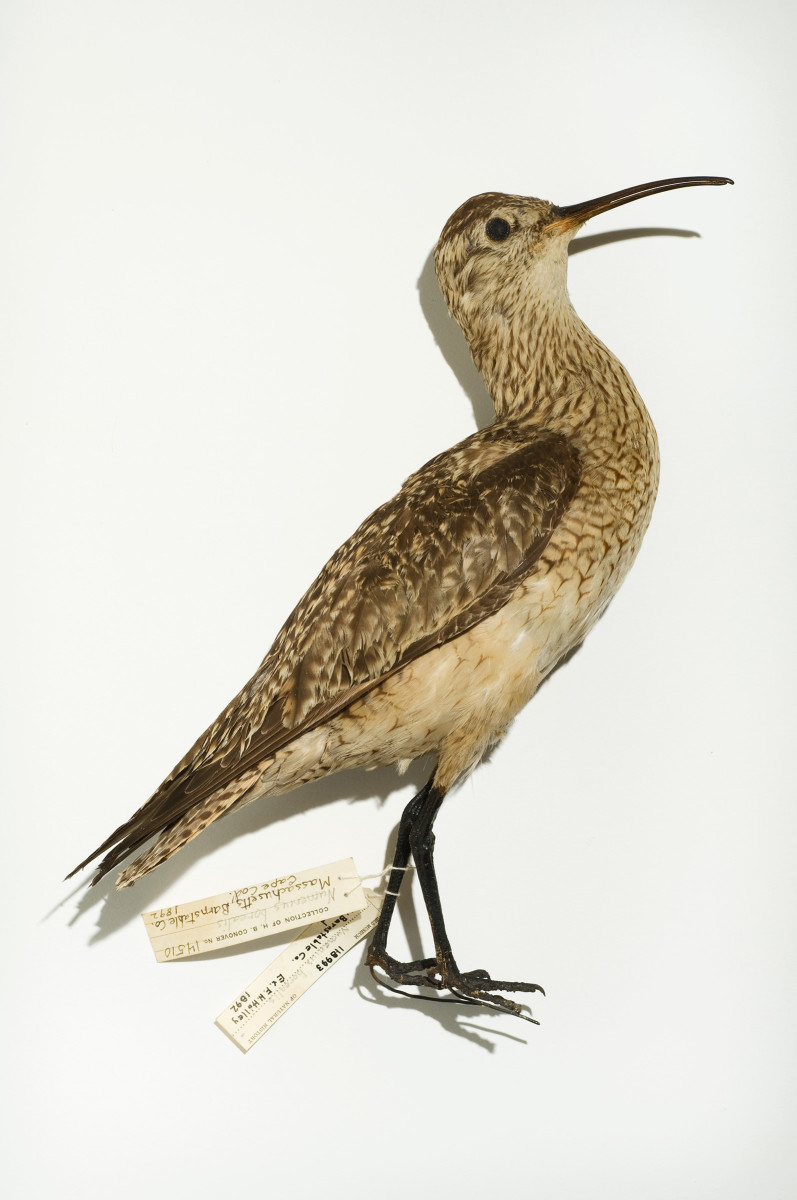