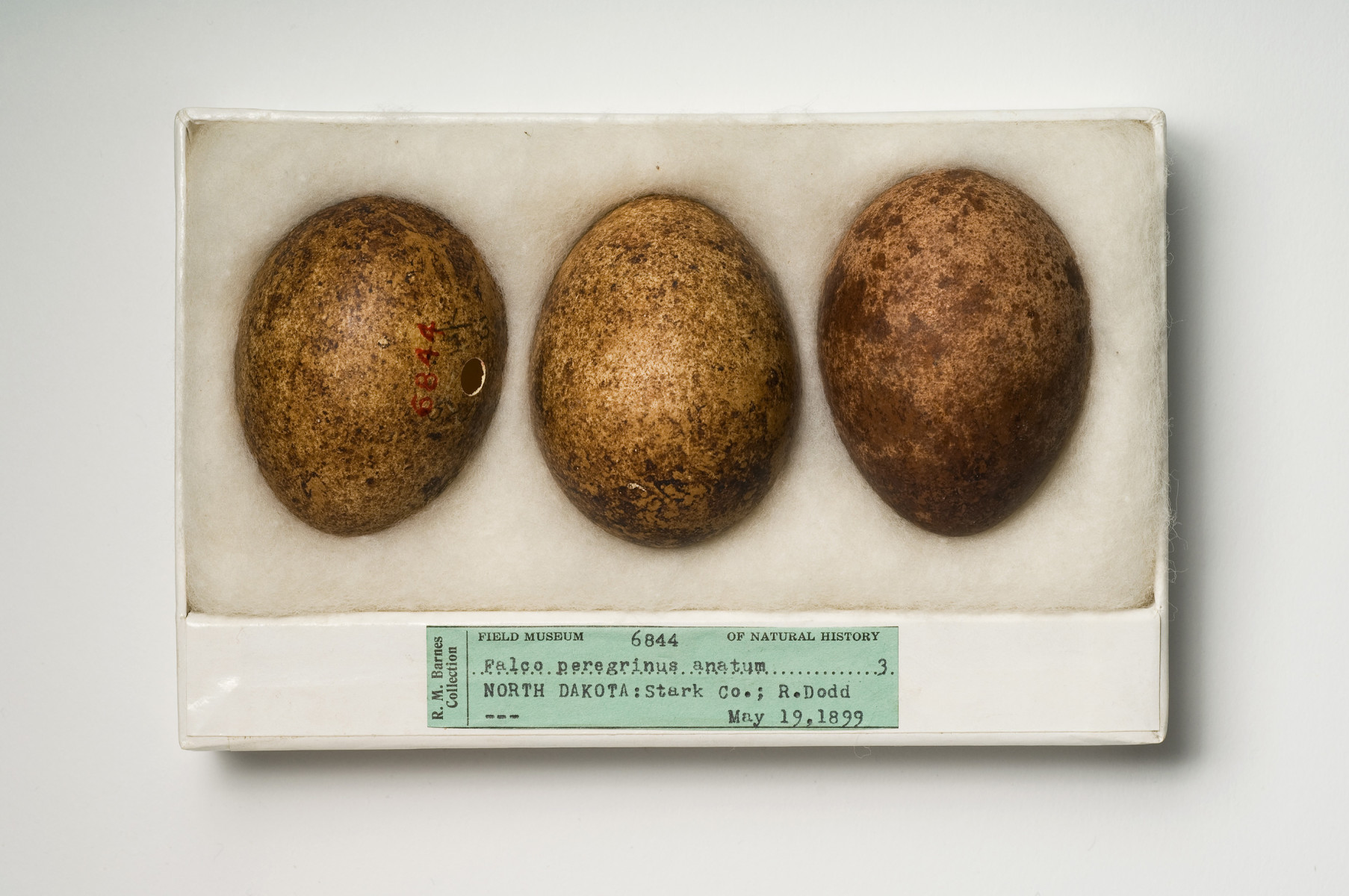 Specimens in museum collections, such as these eggshells collected in 1899, provided researchers a baseline shell thickness for evidence of eggshell thinning caused by use of the pesticide DDT.

Largely due to the publication of Rachel Carson’s book Silent Spring in 1962, DDT was banned in the United States in 1972. The book started a movement away from faith in technology and raised public awareness of the vulnerability of nature, resulting in greater regulation of industry (the chemical industry vehemently opposed Caron’s work) and the emergence of the environmental protection movement. Said Carson in 1964, ‘Man’s attitude toward nature is today critically important simply because we have now acquired a fateful power to alter and destroy nature. But man is a part of nature, and his war against nature is inevitably a war against himself. [We are] challenged as mankind has never been challenged before to prove our maturity and our mastery, not of nature, but of ourselves.’