In 2006, staff in the Division of Birds at the Field Museum of Natural History in Chicago were the first to describe the Camiguin hanging parrot, based on comparisons with other specimens already in the collection. As a result, specimens of Philippine hanging parrot (Loriculus philippensis) from Camiguin had their identifications changed to Loriculus camiguinensis. They owe this discovery to the extensive collections of Philippine birds given to the museum by the Filipino biologist Dioscoro S. Rabor in the 1960s. At the same time, two new species of rodent from the Philippine island of Camiguin were described by Field Museum Curator of Mammals, Larry Heaney.

The Camiguin hanging parrot occurs only in a specific area of montane rainforest on Camiguin, a small island close to the northern coast of the island of Mindanao. Of the 7000 Philippine islands, Camiguin is the smallest to support an endemic bird or mammal species. The island was once entirely forested, but as the Philippines is one of the most heavily deforested countries in the world, less than 18 percent of its original rainforest remains. Logging and deforestation for agriculture have effectively created islands of montane rainforest within the island, further restricting the habitat of this parrot species, now found only in a small area in the eastern half of the island.

Rabor’s collections had been housed at the museum for four decades before these discoveries were made, emphasising the latent value of information contained in collections and the critical importance of collecting and preserving specimens for scientific study. Very few states in the United States, and few countries in Europe, have four endemic species of vertebrates, making it clear why tiny Camiguin Island is deserving of international attention,’ Heaney said. ‚And it is almost certain that other organisms on Camiguin are also endemic; they just have not been studied yet.’ The discovery of L. camiguinensis and other endemic species has fostered efforts to protect the remaining forest of Camiguin Island and declare it a national park. 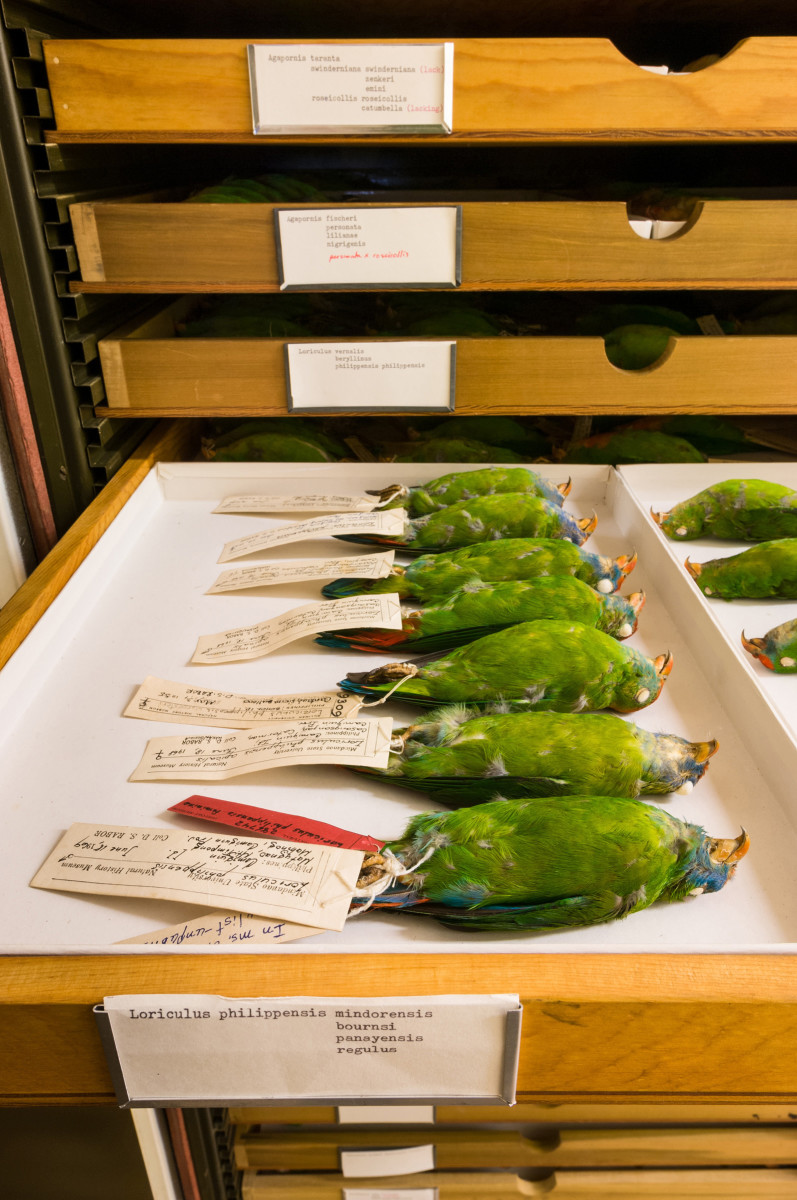