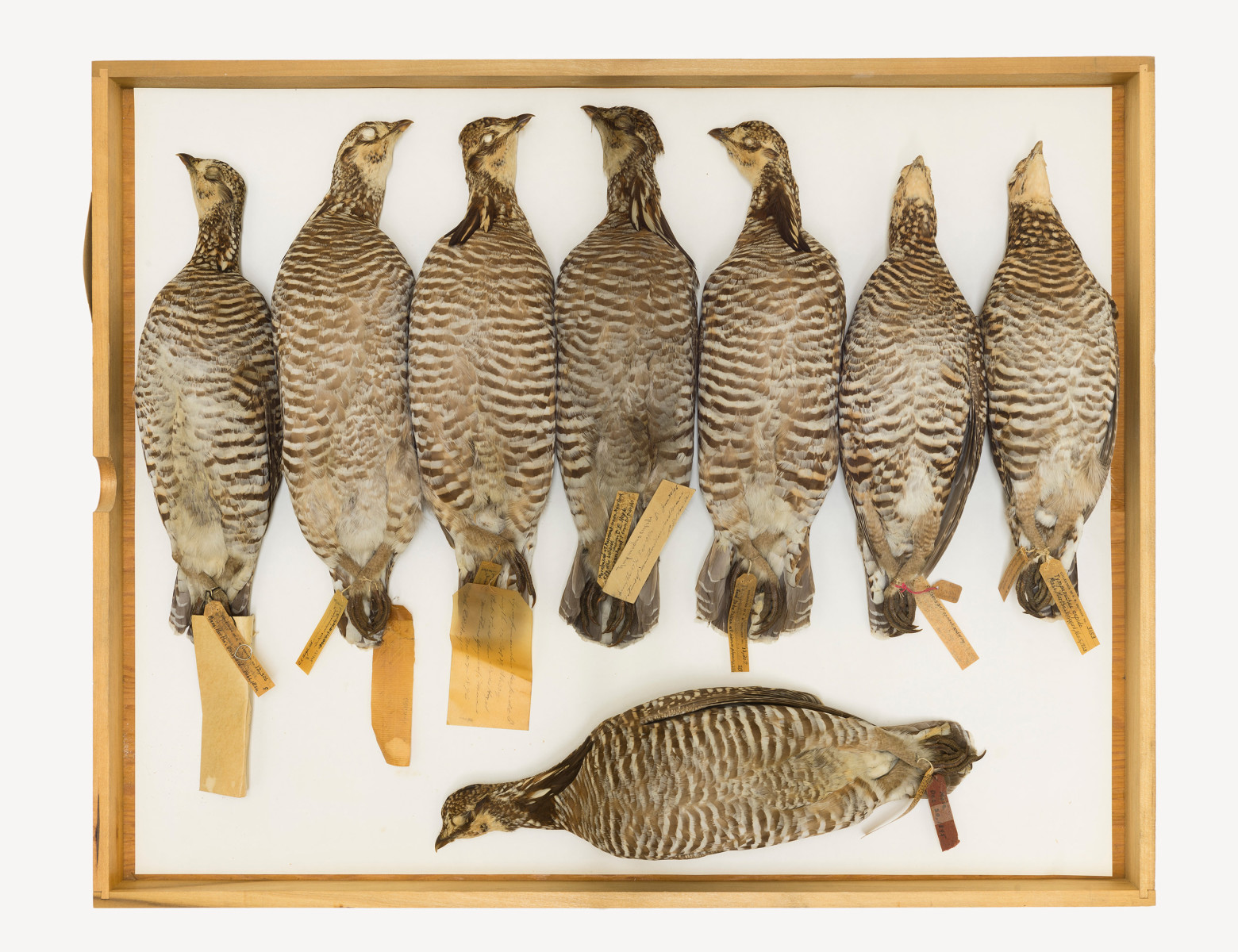 The Greater prairie chicken is a grouse-like bird found in the Midwest United States and occurring in its highest numbers in Kansas, Nebraska and South Dakota. The birds are non-migratory and spend their lives in the same 200 or so hectares of prairie grassland. They are most known for their ostentatious mating ritual in which males dance and make ‘booming’ noises to attract females

T. c. pinnatus is classified as vulnerable and is one of three subspecies. Of the other two, the Heath hen has been extinct since 1932 and the Attwater’s prairie hen is also listed as vulnerable, and is restricted to only small areas in Texas. The greatest threat to the survival of the species is the converting of their habitat to agricultural land. As their populations become more fragmented and dispersed due to habitat loss, the species suffers inbreeding and loss of genetic diversity.

Greater prairie chickens once numbered in the millions in the state of Illinois, where they are now endangered. One recent effort at genetic and demographic conservation of T. c. pinnatus is a partnership between Illinois and Kansas that started in 2014 in which 100 birds are collected each year for three years and relocated to Illinois. While it is too soon to determine the success of the project, it does indicate a commitment to helping the birds. However, as many of the country’s remaining Greater prairie chickens live on private land, their continued survival relies heavily on the cooperation of private individuals.