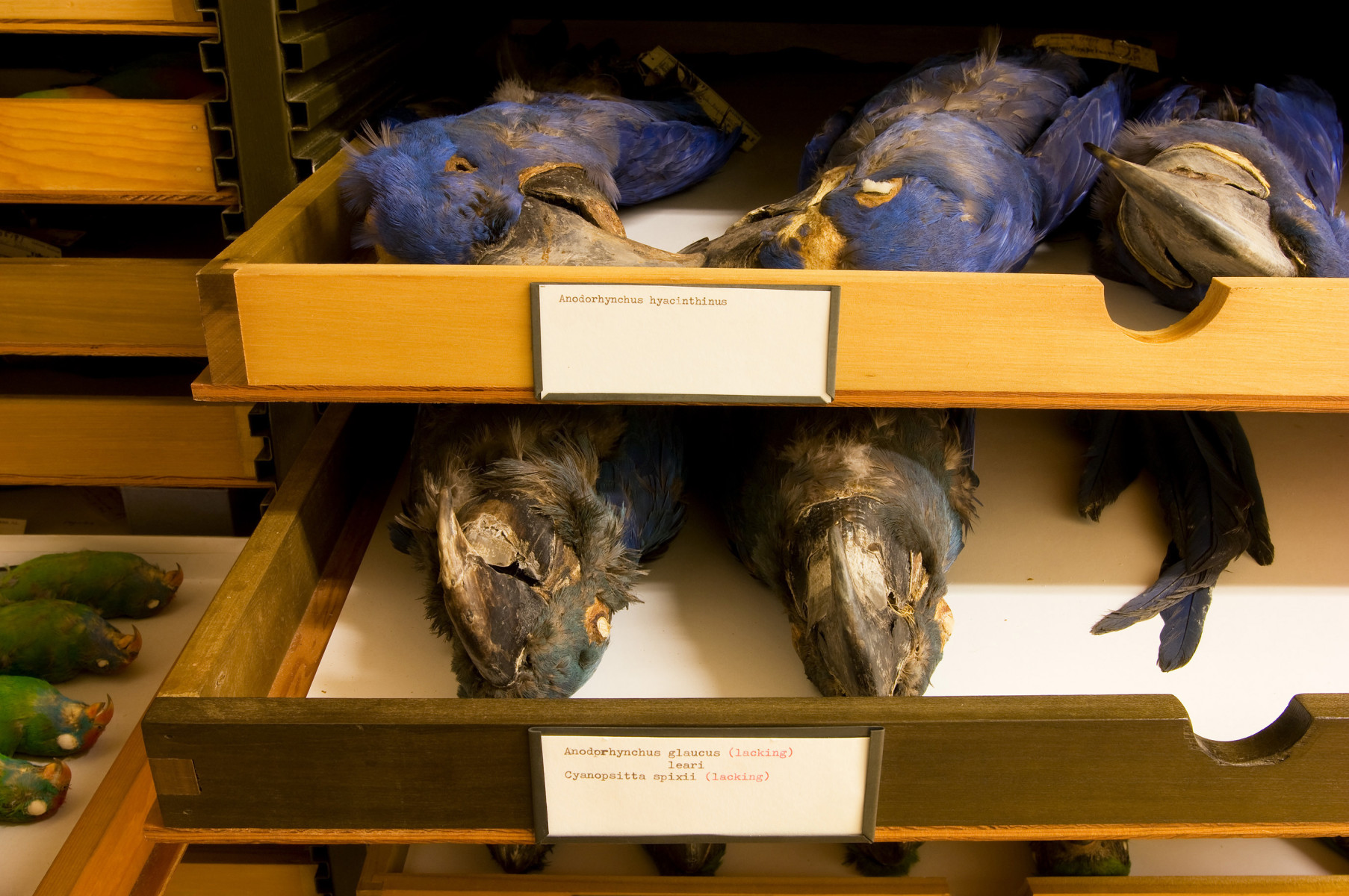 
The Hyacinth macaw is a brilliant, cobalt blue bird that is longer than any other species of parrot, measuring up to one meter from its head to the tip of its tail. It lives in semi-open, forested habitat primarily in the Pantanal of Brazil, a floodplain wetland region, and central South America. It is also one of nearly 1500 bird species protected by the Convention on International Trade in Endangered Species of Wild Fauna and Flora (CITES), an agreement between 173 governments.

The species is listed as vulnerable, in part because of habitat loss due to agriculture and ranching, and hunting by indigenous peoples for food and headdress decoration. But the primary cause of their population decline is the pet trade. It is thought that 10,000 birds were illegally collected in the 1980s – with the price of a captive bird reaching up to $12,000 USD. Less than 7,000 Hyacinth macaw still exist in the wild, while three other related species of macaw are extinct or believed to be extinct.

One Brazilian funded conservation initiative, the Hyacinth Macaw Project, has been monitoring the A. hyacinthinus population and its nesting sites in the Pantanal for nearly 20 years, working closely with researchers and local ranchers to ensure proper conservation, management and increased awareness. As a result, the population of hyacinth macaw has doubled in the 12 years the project has been running.