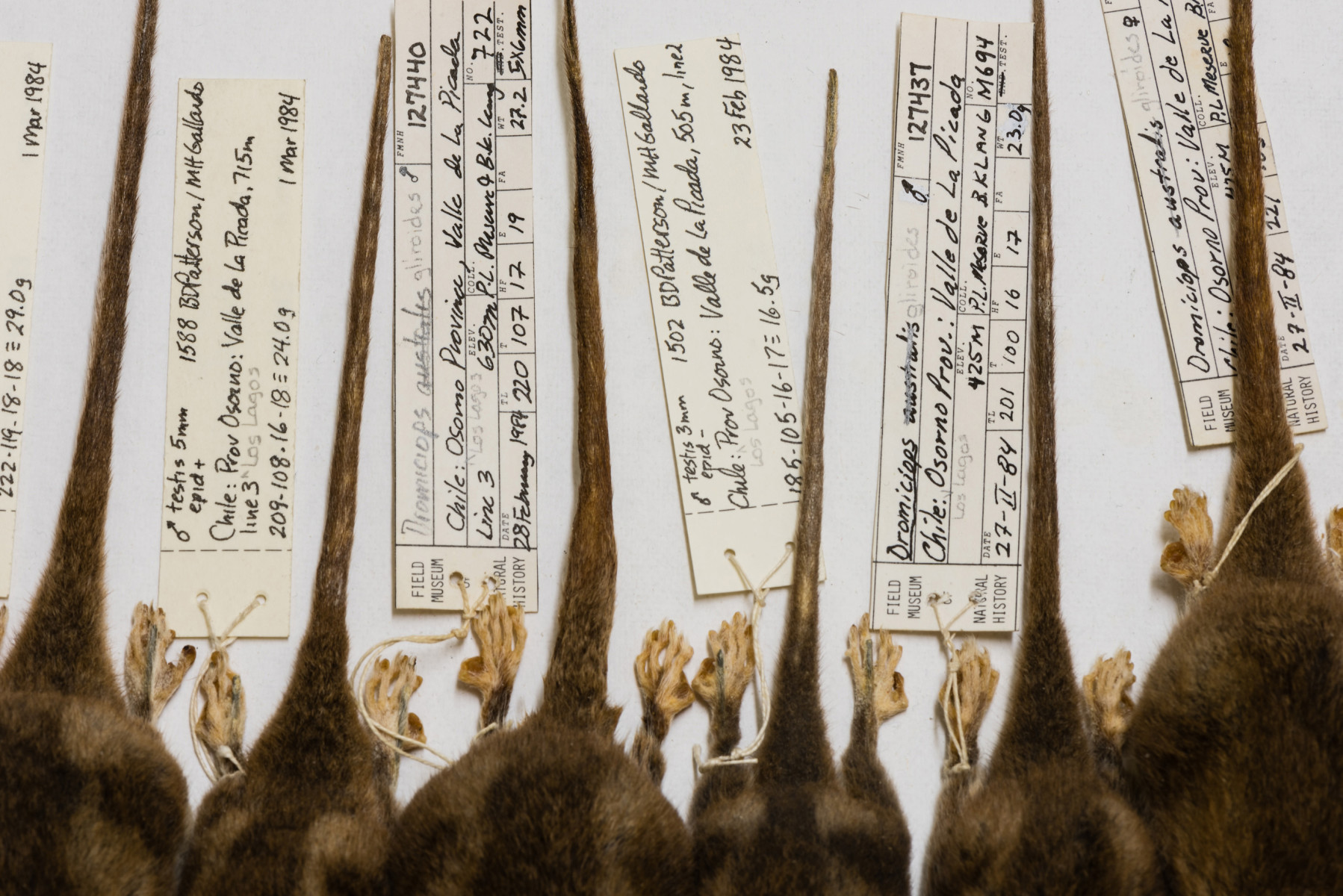 The monito del monte, or ‘monkey of the mountain’, is in fact not a monkey but a South American marsupial and as it is the only extant species in the order Microbiotherial, it is considered a ‘living fossil’. The mouse-like, nocturnal creature weighs 16-30 grams, has short, brownish fur and small, rounded ears. Monito del monte are found in dense, humid forests, mainly in Chile but also extending into some mountainous areas of Argentina.

Due to the deforestation of much of Chile’s forests, numbers of D. gliroides have declined rapidly since the 1970s. Construction and urbanisation also encroach on the species’ habitat and it is preyed upon by domestic cats and introduced black rats, leading to its listing as near threatened. At present, the species occurs in two protected areas in Chile and research into its ecology and natural history is underway to develop further conservation measures. But even local superstitions affect the monito del monte. It is thought to be very bad luck to see one or have one enter your house and there are even accounts of people burning their houses down after seeing one of the small animals inside.