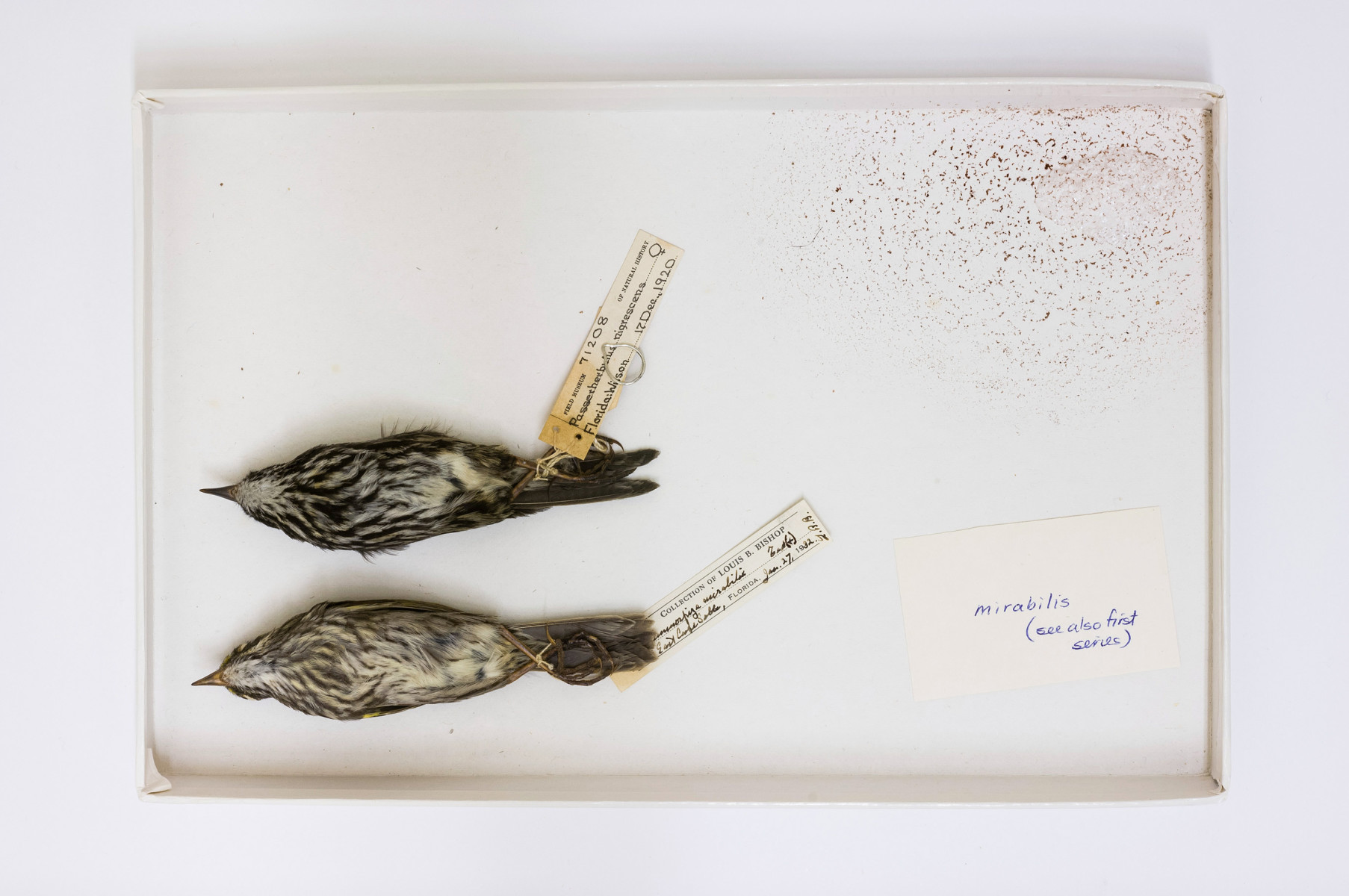 Declared extinct in 1990, the dusky seaside sparrow was one of 11 Ammodramus subspecies to inhabit the coastal marshlands on the Atlantic seaboard of the United States. It was non-migratory and lived only in the marshes of the St. John’s River and Merritt Island on Florida’s mid-Atlantic coast. A 70 percent decline in its population was recorded from 1942-1953, following the use of the insecticide DDT to control mosquitoes on Merritt Island, which contaminated its food supply and caused thinning of its eggshells.

By 1980, six remaining individuals, all males, had been captured to establish a captive breeding program that was eventually unsuccessful because no females were ever found. They lived out their lives in a Walt Disney World nature reserve called Discovery Island. The last male, named Orange Band, died on 17 June 1987.

The Cape Sable seaside sparrow is one of eight remaining subspecies of seaside sparrow. It is native to the prairies of the Florida everglades. The large-scale conversion of south Florida for agriculture and its limited range mean that the Cape Sable seaside sparrow is currently endangered. It is also threatened by fires, hurricanes and the alteration of water flow in the area – any of these could cause a catastrophic drop in numbers making the population unviable, meaning the birds would not be able to reproduce quickly enough to increase their numbers.