P. hubrichti is a species of salamander found only in Alabama – it is designated the state amphibian – in the south-central Red Hills region. It is fairly large for a salamander, growing to around 25cm long, and is a burrowing species, rarely emerging from underground unless looking for invertebrates to eat. Due to its secretive nature, estimating the population number of Red Hills salamanders is difficult but because of its small, fragmented habitat and low reproduction rate, the species is now listed as endangered.

The Red Hills salamander does not inhabit any protected land, complicating conservation strategies. The salamander’s habitat and range is confined to hardwood forest in steep, wet ravines within a small band of a particular limestone formation. Of the salamander’s remaining 250km square habitat, 60 percent is owned or leased by paper companies. Commercial timber harvest destroys habitat and the subsequent regenerated forest is often a pine plantation – unsuitable habitat for the salamander. The species also has to contend with feral pigs that dig them up to eat them and with over-collecting for trade and scientific purposes, which occurred regularly up until the 1970s.

In 2010, the environmental organisation The Nature Conservancy acquired 720 hectares in an attempt to protect some of the species’ habitat. The Alabama State Director for the organisation, Chris Oberholster, commented at the time, ‘If sufficient habitat can be protected for the Red Hills salamander across its limited range to ensure its long-term future, it may be possible to take it off the endangered species list. Since it is an Alabama endemic species, its fate lies in our hands alone.’ 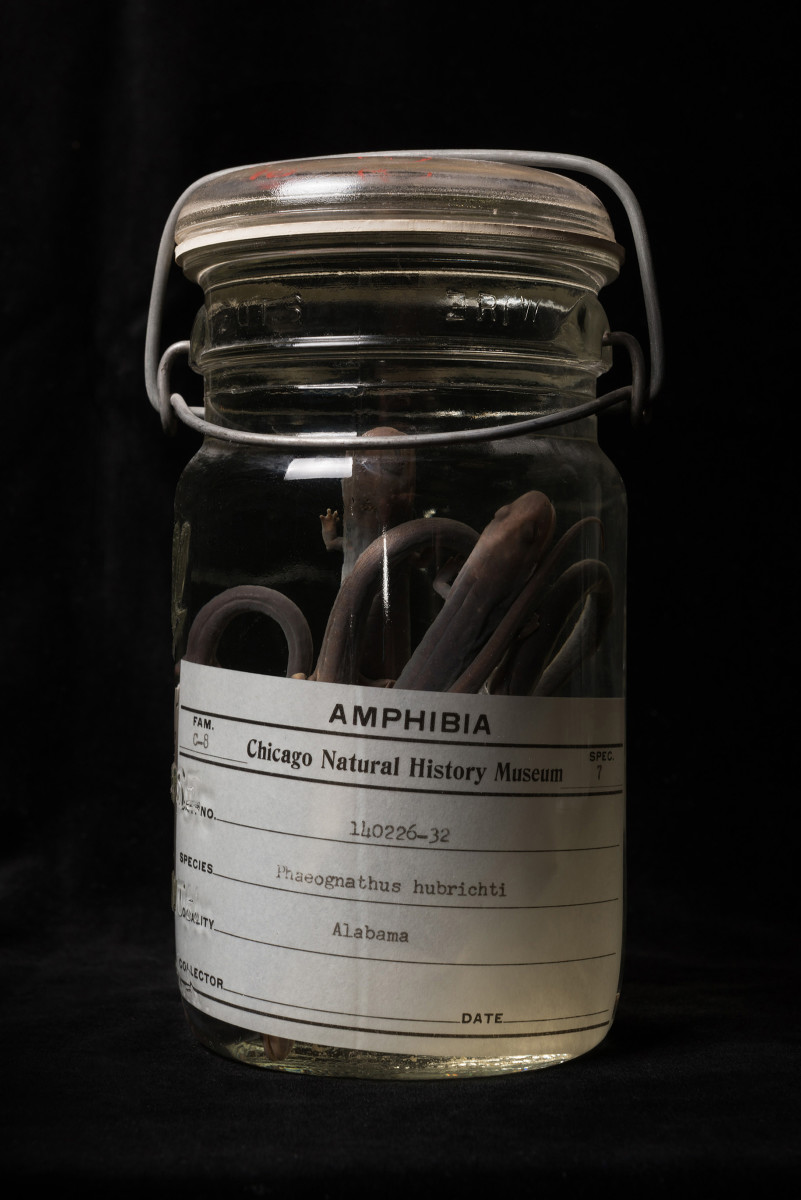