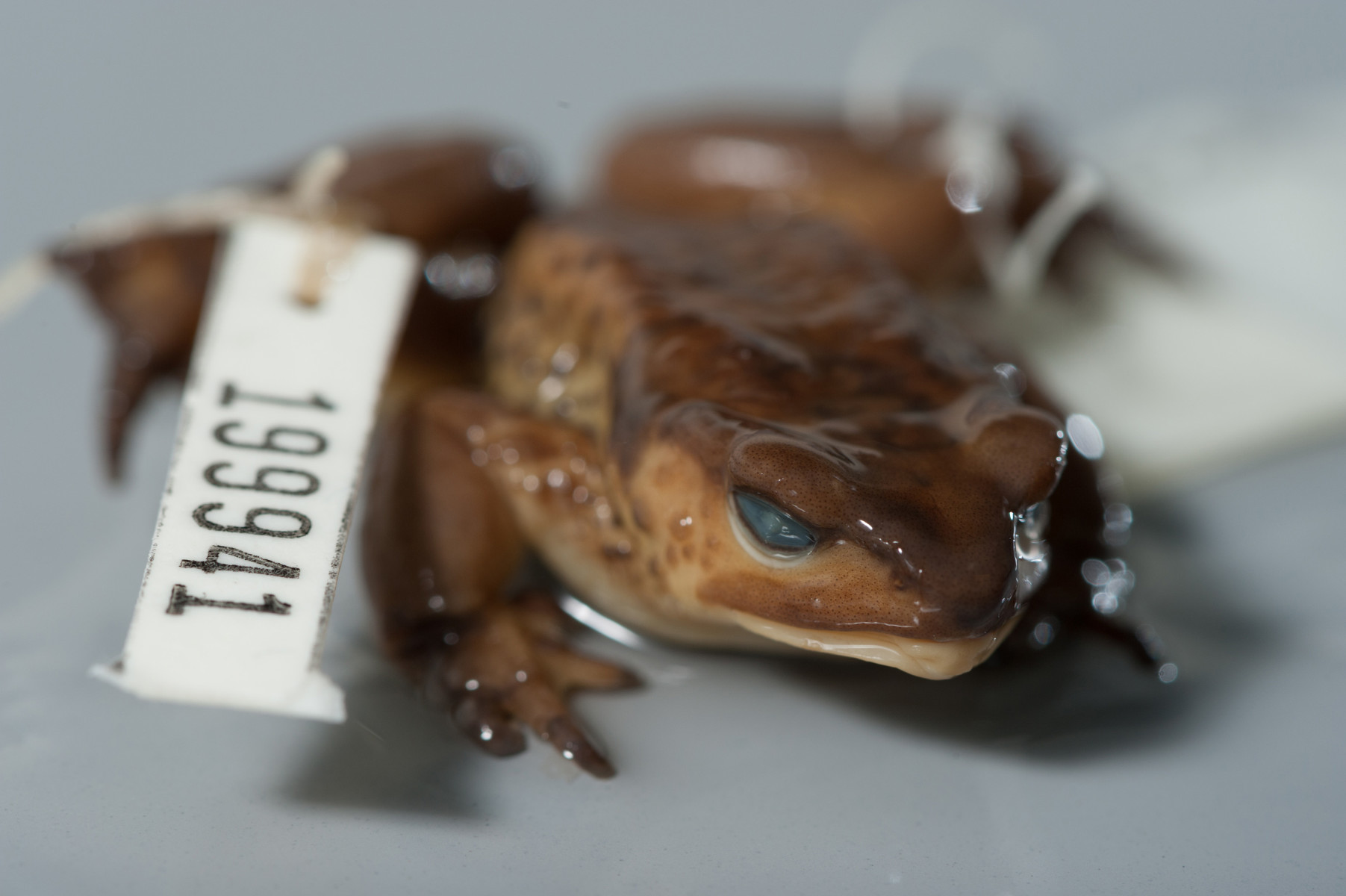 Some of the estimated 113 species of frogs that make up the genus Atelopus are among the most brilliantly neon-coloured amphibians in the world. Native to Central and South America, these neo-tropical toads are small – no larger than 3.8 cm – and inhabit high elevations and rainforests. Along with pollution and habitat loss, Atelopus toads have been greatly affected by the spread of a waterborne fungus that infects the skin of amphibians, with up to 80 percent of the genus in rapid decline. Known as chytridiomycosis, the disease is easily spread through direct contact. Chytridiomycosis is deadly to amphibians and  there is no cure, nor can it be eradicated from wild populations.

The Quito stubfoot toad was once incredibly abundant in the Andes of Ecuador – in the early 1980s, scientists described the difficulty of not stepping on them as thousands occupied the rainforest floor – until the chytrid fungus started to seriously affect its numbers, leading to it being declared extinct by 1989. A relict population of 27 A. ignescens were found alive and well in Ecuador in May 2016.

Researchers relocated individuals into a lab so that they could monitor breeding and increase the species’ chances of survival. Now it is thought that just under 250 individuals exist in the recently discovered subpopulation and the species has been recategorised as ‘Critically Endangered.’