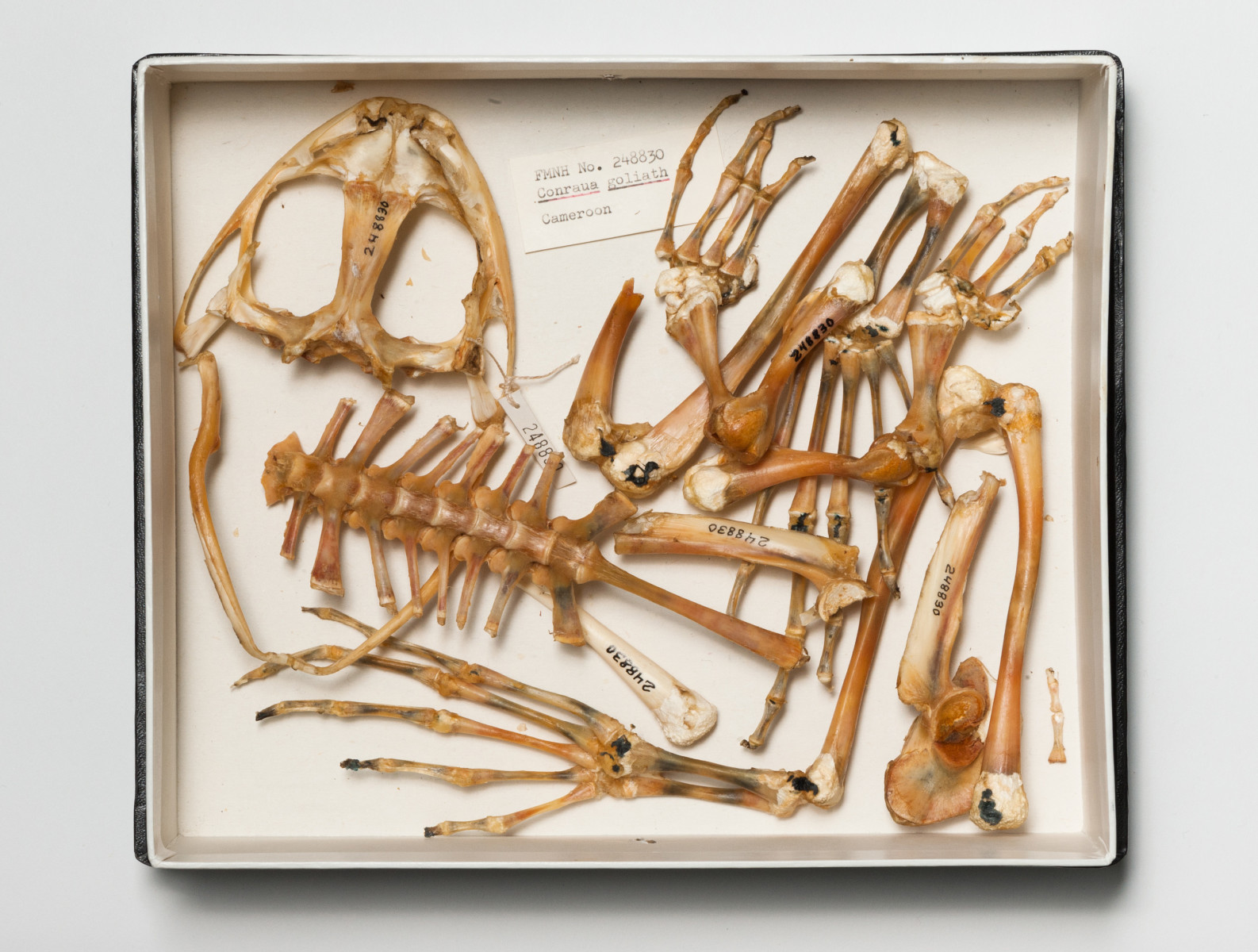 The goliath frog is the largest living species of frog in the world, weighing up to 3 kg and measuring 34 cm long.  It has a small range, found only in sandy-bottomed rainforest rivers and streams in Equatorial Guinea and Cameroon. It has reached endangered conservation status because its population is estimated to have decreased more than 70 percent over the past 15 years.

Goliath frogs are severely threatened by the bushmeat trade and more sophisticated traps have recently made them easier to capture. Added to this pressure are river pollution, deforestation (for agriculture and logging) and residential and commercial development encroaching on its already limited habitat. Goliath frogs are imported into the United States for zoos, the pet trade and even to be used in frog jumping competitions. The species does not breed in captivity.

At present, international trade of the frogs remains unrestricted. The government of Equatorial Guinea was the first to set a limit on the numbers of goliath frogs that can be exported in one year – 300 individuals – but it remains to be seen whether other countries will follow suit. Protecting the remaining goliath frog habitat is just as crucial as regulating international trade.