The American burying beetle is 25-45mm long with a distinctive pattern of orange patches on its black body. The beetle is nocturnal, can fly distances of up to 1km each night and, unusually for beetles, both male and female American burying beetles look after their young. N. americans is a carrion beetle, meaning that it relies on dead or decaying carcasses for food and for breeding. It buries the dead bodies of birds or rodents, hence its name, and then lays eggs inside the carcasses. This process plays an important part in ecosystems by turning and enriching the soil, while controlling populations of flies and mammals scavenging for food.

The species’ range once extended over 35 states in the US and into southern Canada, yet by the 1920s most of its population had all but disappeared – it is now only found in six states and the Canadian province of Ontario. Scientists hypothesise that the decline of American burying beetles is linked to several factors: the extinction of the passenger pigeon (which was perfect size food for the beetle), the widespread use of insecticides, an increase in mammal scavengers and light pollution, which disrupts their circadian rhythm.

The American burying beetle was listed as endangered in the US Endangered Species Act of 1989, resulting in a war between beetle conservationists and oil and gas companies in Oklahoma – one of the species’ only remaining habitats, but also home to people that rely on these industries to make a living. Being protected by the act meant that any drilling or pipe laying in N. american’s habitat was strictly forbidden without first having to bait, trap and relocate the beetles. Lobbying by the petroleum industry led to these requirements being dropped in 2012 and by 2014 a conservation policy was in place. Third party organisations are now hired to monitor the species, leading many to be relocated to purpose-built beetle reserves. 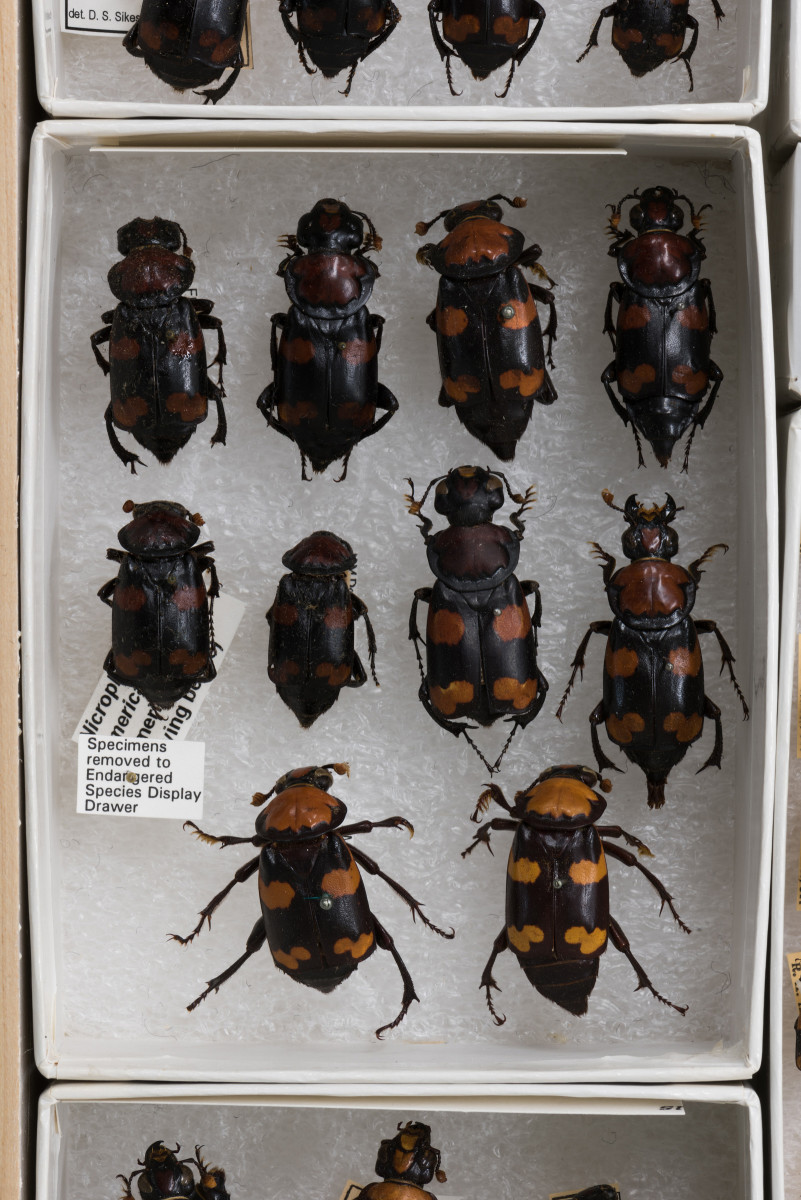