Bombus affinis has experienced the most serious decline of any other bee species in North America, disappearing from an estimated 87 percent of its historic range and suffering a 95 percent decline in its population in the last few decades. Since 2003, only very small numbers have been recorded.

In the past decade, unprecedented numbers of bees have been dying off; about 30 percent of them are lost each year. Bees pollinate well over half of the world’s crop species – they are particularly crucial to fruit and nut crops – posing a huge threat to the future of agriculture and nutrition for humans. The use of certain insecticides, known as neonicotinoids and widely used in commercial agriculture, are particularly lethal to bees.

Thanks to efforts by the Xerces Society and a process begun in 2013 by the US Fish and Wildlife Service, the Rusty Patched Bumble Bee was declared endangered in March 2017, the first species of bee to be protected under the US Endangered Species Act. 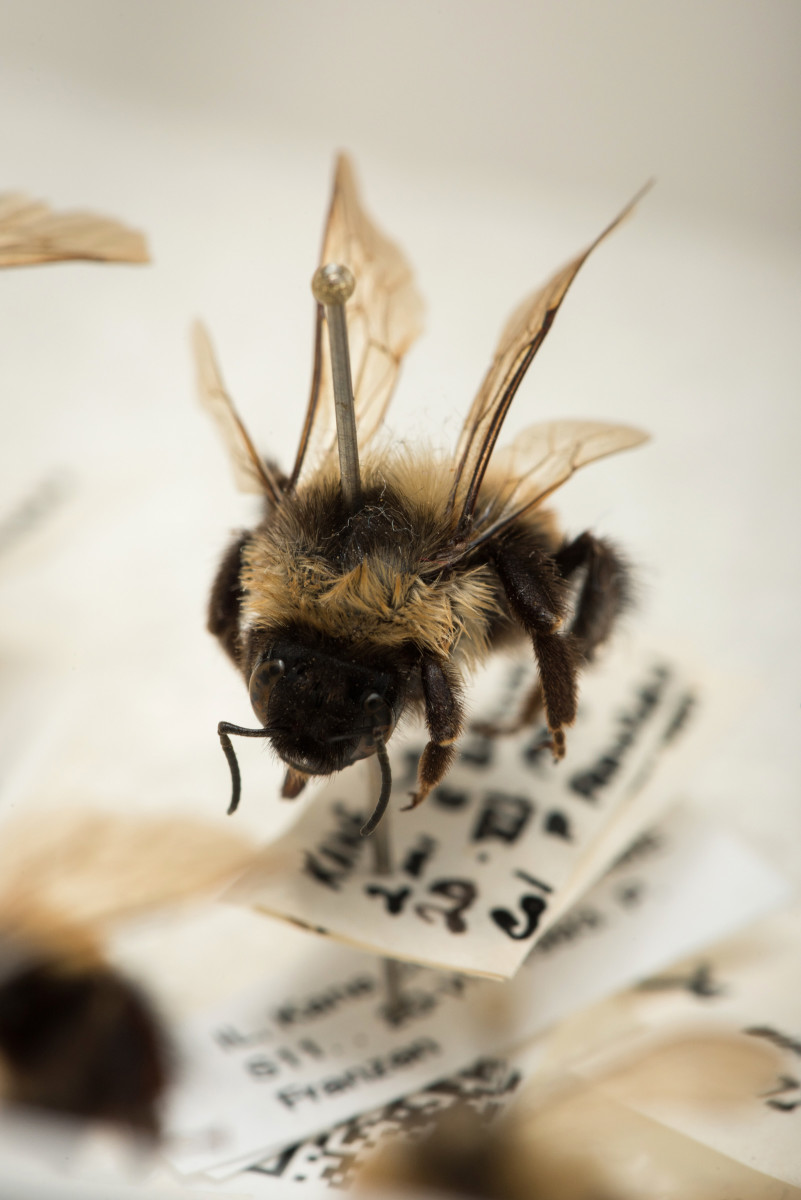