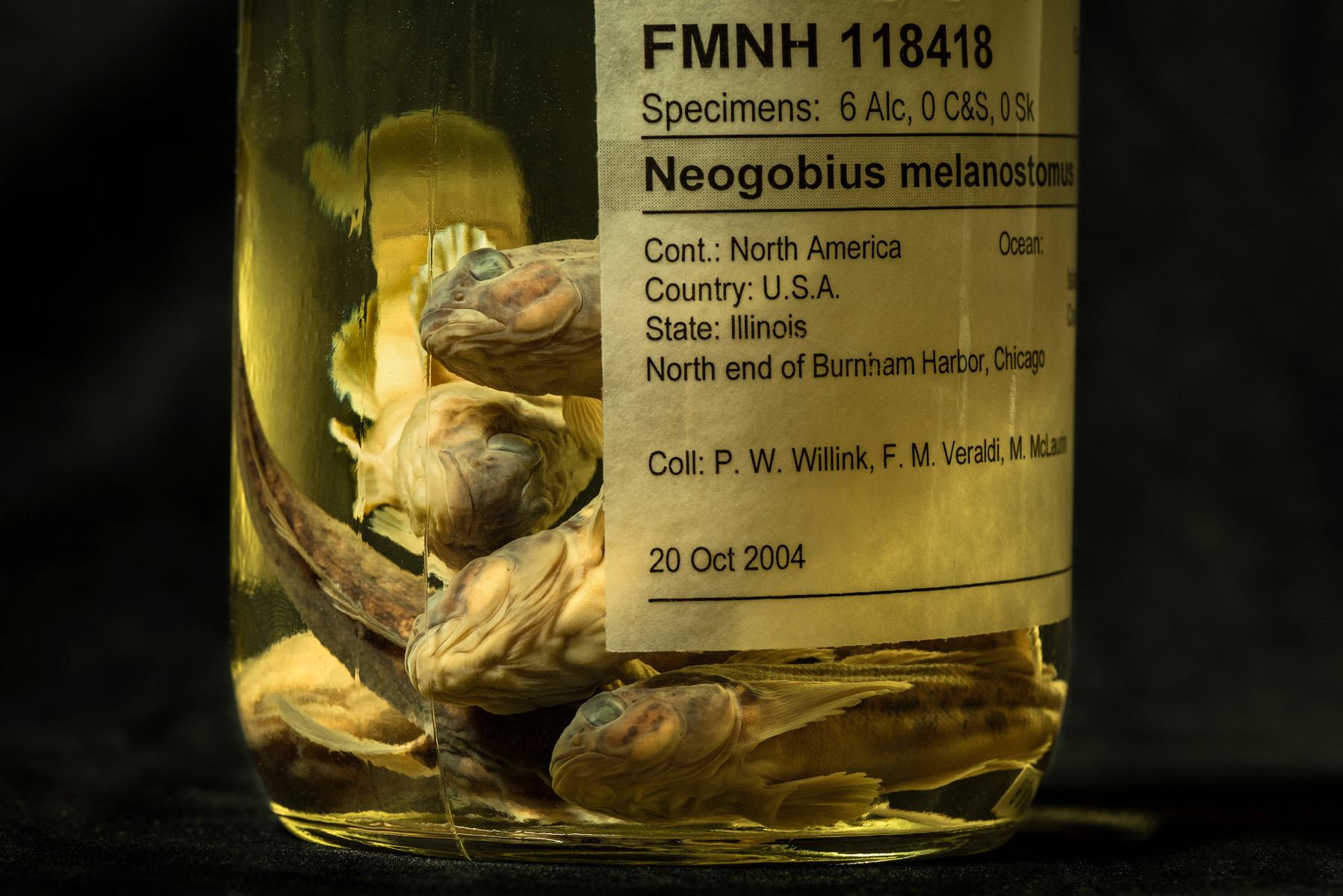 The Round goby is a small fish native to the Black and Caspaian Seas and can survive in both freshwater and saltwater. The mottled brown or grey fishes are 10-25cm long and are characterised by their bulgy eyes and a black spot on their first dorsal fin. Up until the 1990s, the round goby only existed in Eurasia but, after hitching a ride on cargo ships making their way down the St. Lawrence Seaway, the species is now abundant in the Great Lakes region and is considered an invasive species.

In the Great Lakes, Round goby number in the millions and the impact they have had on this ecosystem is complex. On the one hand, N. melanostomus has been instrumental in controlling the populations of two other invasive species, zebra and quagga mussels. These mussels wreak havoc on the ecosystem by removing plankton, an important food source for other fish and an organism that prevents algal blooms. The Round goby is one of the only predators of these mussels and while not greatly reducing their numbers, it keeps them in check. The downside is that the Round goby then passes the mussels’ toxins and bacteria up the food chain, even to fish eaten by humans.

Round goby have proven to be a great food source for other dwindling sport fish, like smallmouth bass and brown trout, as well as for the birds that would normally eat these fish, allowing larger fish to flourish. In addition, the once-threatened Lake Erie watersnake has bounced back from the brink of endangerment thanks to the Round goby, which now makes up 90 percent of its diet.

Yet Round goby are also known to be voracious consumers of the eggs of fish like smallmouth bass, again highlighting their complicated position within the Great Lakes ecosystem. As Joel Brammeier, president of the Alliance for the Great Lakes remarked, ‘The danger with invasive species is their unpredictability. Once they’re in, there’s no telling how they will act. And once they are on the menu, you can’t ever take them off.’