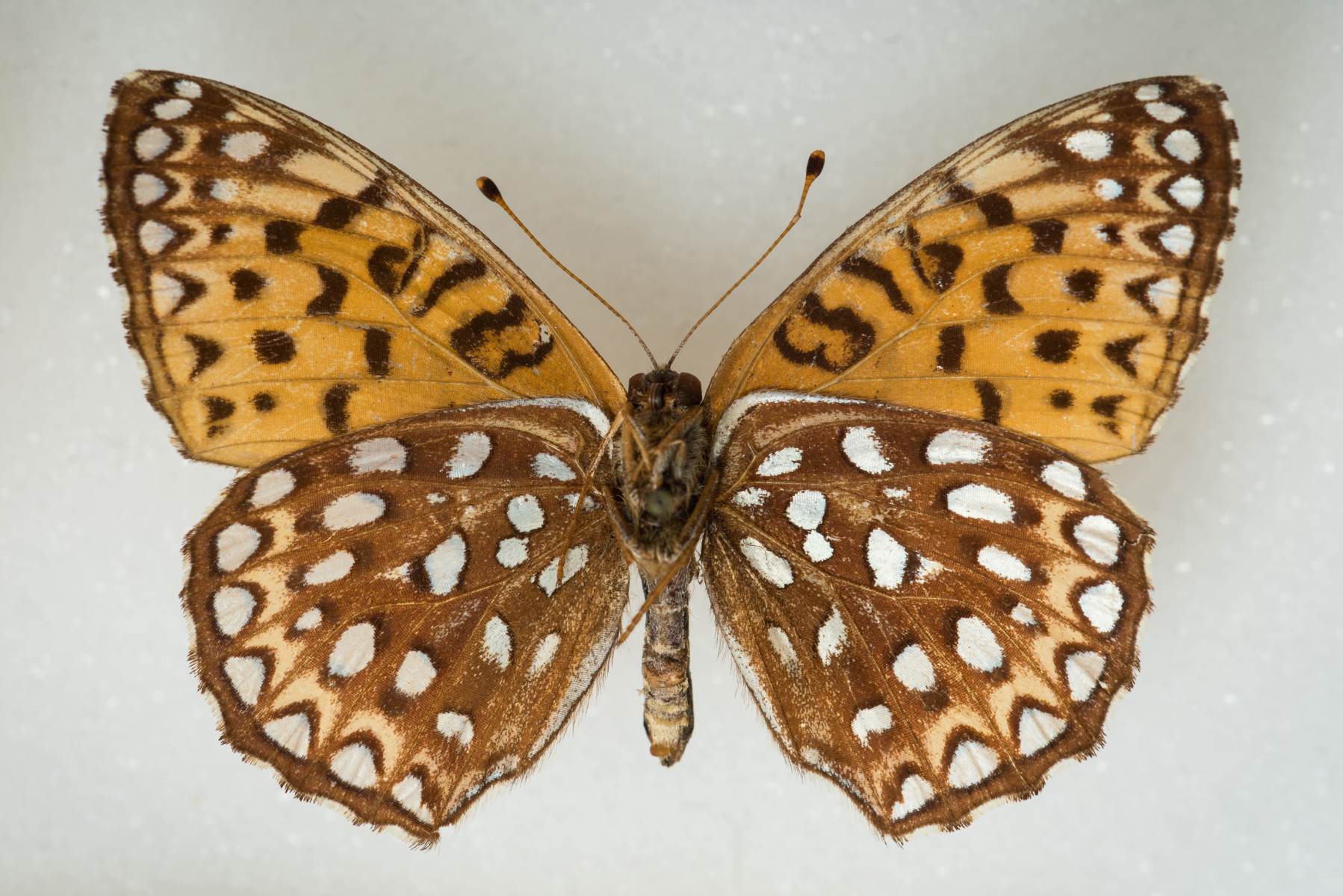 The wings of the diminutive, and thus deceivingly named, Large copper butterfly are a coppery-orange colour framed in black with a silvery-blue underside. The species was first described in 1749 in Lincolnshire, England and has since been divided into three subspecies, which occur within a very large range throughout most of Europe and Russia. The large copper inhabits open fenland, a type of wetland, and relies on the perennial Rumex hydrolapathu as its larval food plant.

L. d. dispar, the subspecies endemic to England, was declared extinct by 1851, just over 100 years since it was first described. It was already rare and localised in the British Isles but its fate was sealed by both the draining of East Anglia’s fens for agricultural development in the 18th and 19th centuries and extensive collecting during this time. Its nearest relative, L. d. batavus, was discovered in the Netherlands in 1915 and despite a concerted effort at conserving the species’ habitat, it has rarely been observed in the country since the early 1990s. All attempts to reintroduce L. d. batavus into England have failed thus far.

In spite of its declines in these two countries, the IUCN categorises the Large copper as least concern due to its wide range and the fact that its overall population has not declined by more than 25 percent over the past 10 years. However, the organisation still recommends more research into the distribution of the species and emphasises that overall degradation of its habitat could lead to a dramatic decline in population numbers.