It is estimated that in the 1990s A. foliosquama used to make up 50 percent of all sea snakes in its range, with its population numbering between 4000-9000. Yet not a single individual has been observed since 2001. As the snake is not likely to be affected by fish trawling per se, the reasons for its disappearance are largely unknown. It may be that reductions in its prey and habitat degradation are part of a general decline in the health and quality of the ecosystem resulting from human activities and coral bleaching. Increased ocean temperatures can cause bleaching, a process in which corals expel the symbiotic algae (zooxanthellae) that provide them food through photosynthesis. While corals can live short-term with the stress bleaching causes, in the long run reefs starve and die.

It was widely believed that the Leaf-scaled sea snake was more or less extinct until December 2015, when 16 individuals were discovered in the sea-grass beds of Shark Bay – off the coast of western Australia and more than 1700 km south of their presumed range – along with another critically endangered species of sea snake thought to have been extinct, the short-nosed sea snake (Aipysurus apraefrontalis). ‘We were blown away; these potentially extinct snakes were there in plain sight, living on one of Australia’s natural icons, Ningaloo Reef,’ said Blanche D’Anastasi, lead author of the report on the finding. ‘This discovery is really exciting, we get another chance to protect these two endemic Western Australian sea snake species. But in order to succeed in protecting them, we will need to monitor populations as well as undertake research into understanding their biology and the threats they face.’ 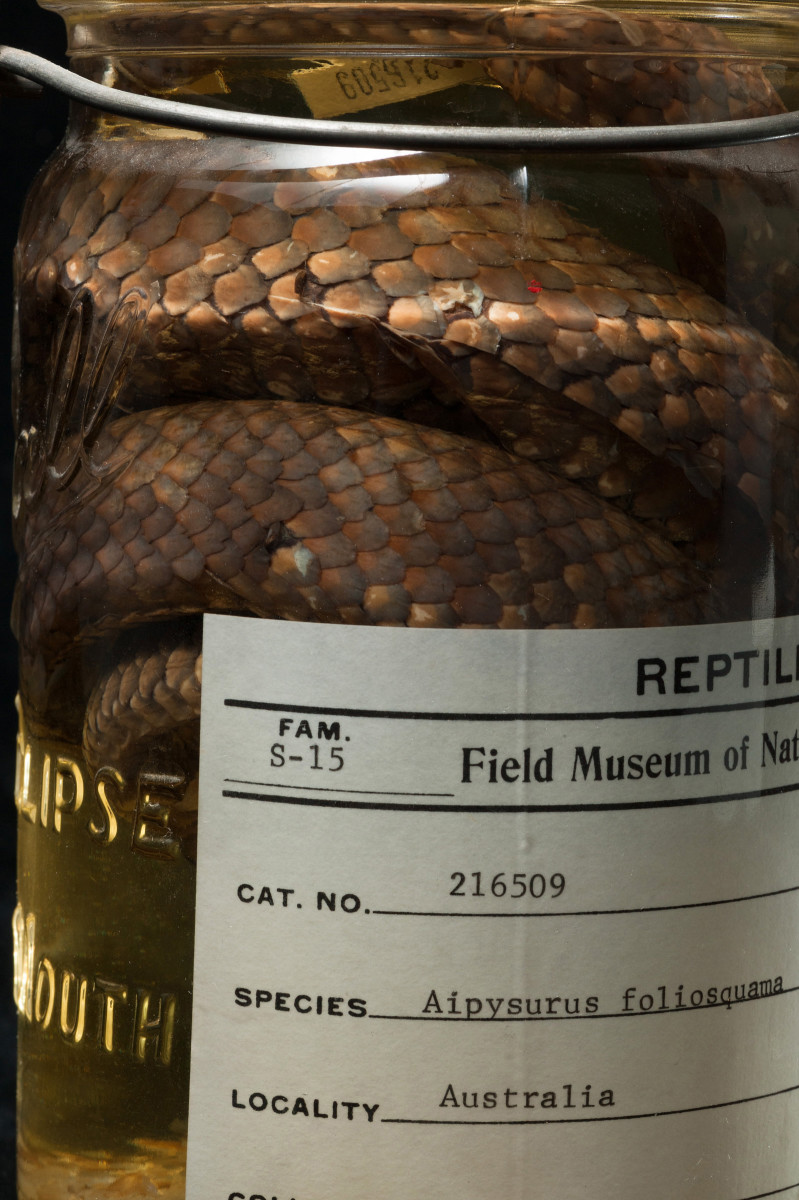