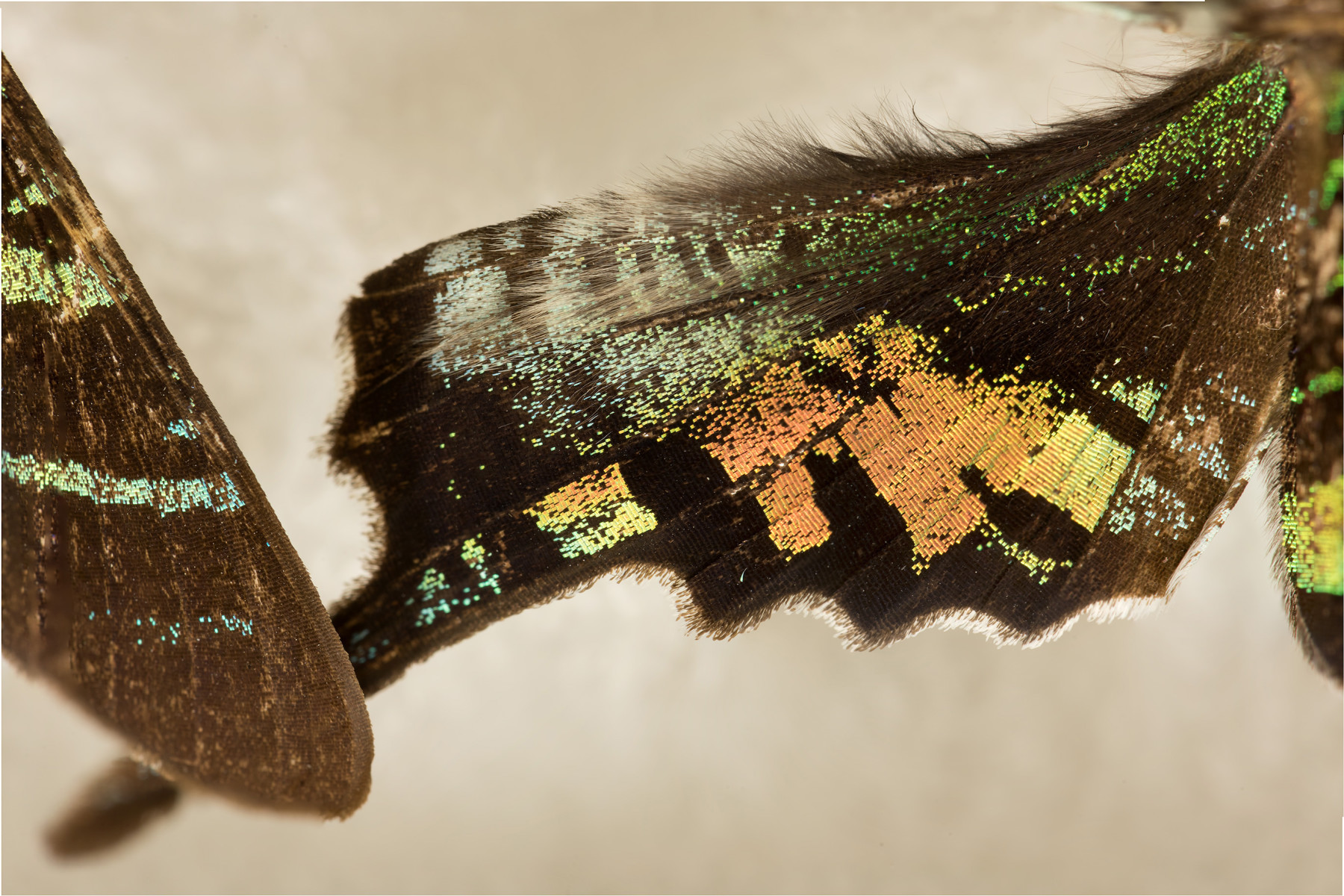 Upon his death in 1753, British physician, collector and naturalist Sir Hans Sloane bequeathed his numerous collections – everything from flora and fauna to coins and manuscripts – to the British Museum in London. The plants, animals and insects he collected became the core collection of the British Museum of Natural History (known in the UK as the Natural History Museum). A perhaps more overlooked aspect of Sir Hans’ legacy is his description of an extraordinary species of moth, the Urania sloanus, on one of his trips to Jamaica.

The Urania genus includes only four species of large, day-flying moths (most moths are nocturnal), mainly found in Central and South America. Sloane’s Urania was endemic to Jamaica and was black with iridescent, metallic markings of orange, blue and green along its wings. Just over 100 years after Sir Hans presented his illustrations of U. sloanus to the world, the moth became extinct, most likely caused by loss of habitat, including a plant of the genus Omphalea that was its main source of food, as land was cleared for agriculture. Its last sighting was in the 1890s.