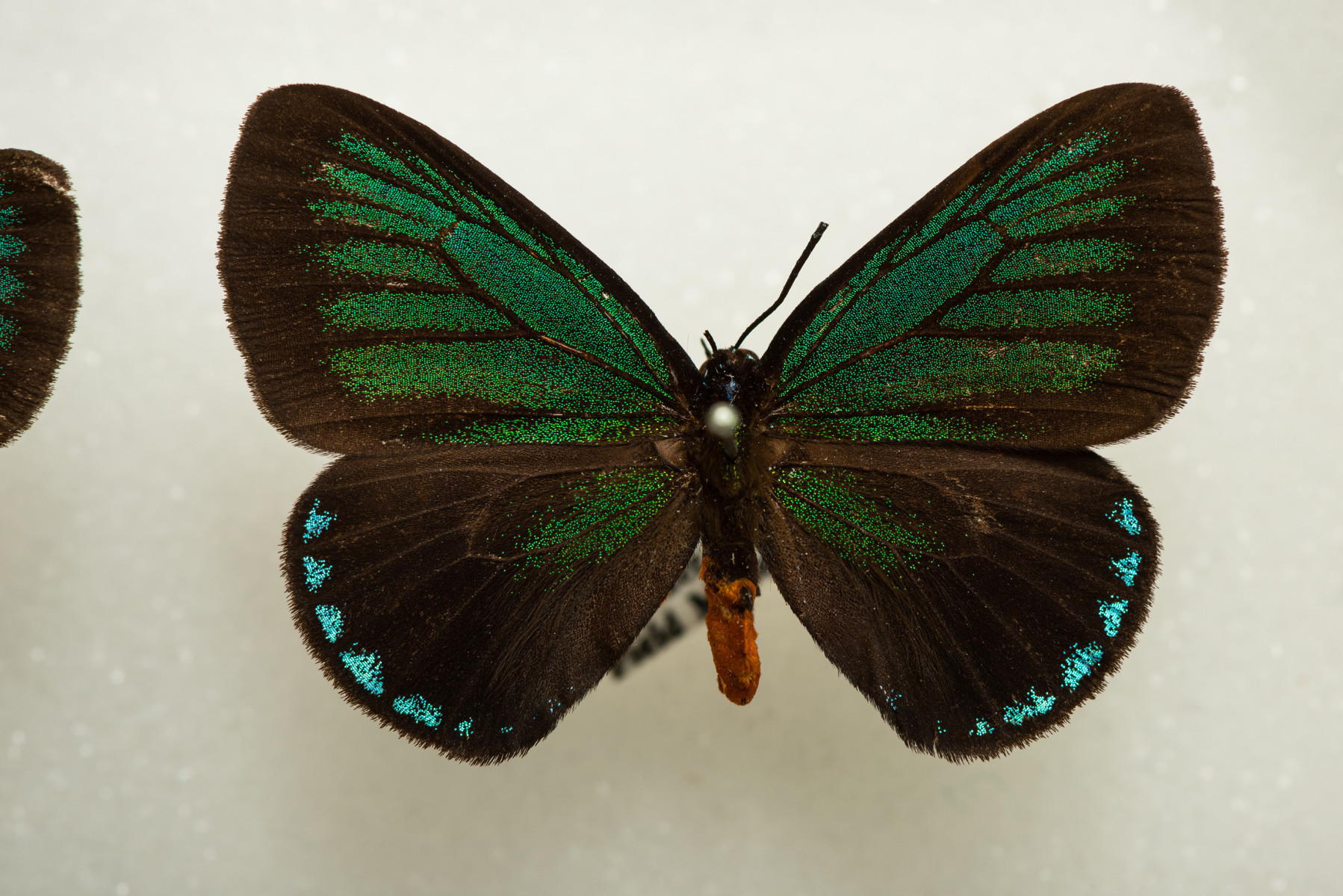 
The beautiful Coontie hairstreak butterfly, with its black wings dotted in iridescent blue and its shocking orange abdomen, is native to southeastern Florida, the Bahamas, Cuba and the Cayman Islands. Its larvae feed exclusively on the coontie plant (Zamia integrifolia), a species of cycad, and in doing so ingest a toxic chemical that remains in its body its entire life, making the butterfly distasteful to predators who have learnt to avoid them.

The Coontie hairstreak was once so abundant in south Florida that in 1888 it was regarded as the “the most conspicuous insect” in the area. At that time there was also a plethora of coontie plants to sustain the butterflies but that quickly changed once the plant began to be harvested for its roots, which produced a particularly hearty form of starch. By the 1920s the plants were all but gone and by the 1950s the Coontie hairstreak was considered more or less extinct.

The E. atala story does not end there, however. In 1979, a colony of the butterflies was discovered living along the coast of Miami and due to the efforts of scientists and the general public, the species is now thriving. Thanks to a renewed appreciation for Florida’s native plants, coontie are now commonly found in botanical landscapes and gardens. On one hand the return of the Coontie hairstreak is considered a nuisance, as they eat up these expensive plants. On the other, many regard the recovery of this attractive species as outweighing the potential damage to their houseplants.