Writing in 1998 about the sorrow associated with extinction, veterinarian and author Mark Jermone Walters remarked, ‘When the tiny wings of the last Xerces blue butterfly ceased to flutter, our world grew quieter by a whisper and duller by a hue.’ The Xerces blue was last observed in the wild in 1941.

G. xerces was first described in 1852 and was of great interest to butterfly experts because individuals exhibited incredible variation in their wing patterns. The small, Periwinkle blue butterfly was native to the coastal sand dunes of San Francisco before being driven to extinction by loss of habitat due to urbanisation. It was the first North American butterfly to become extinct as the result of human action.

The Xerces blue today lives on, lending its name to the Xerces Society, a non-profit organisation that is focused on the conservation of invertebrates and their environments. The society works closely with lawmakers and government agencies as well as producing educational programmes and publications attempting to generate awareness and prevent the extinctions of the often-overlooked, less charismatic, but incredibly vital invertebrates. 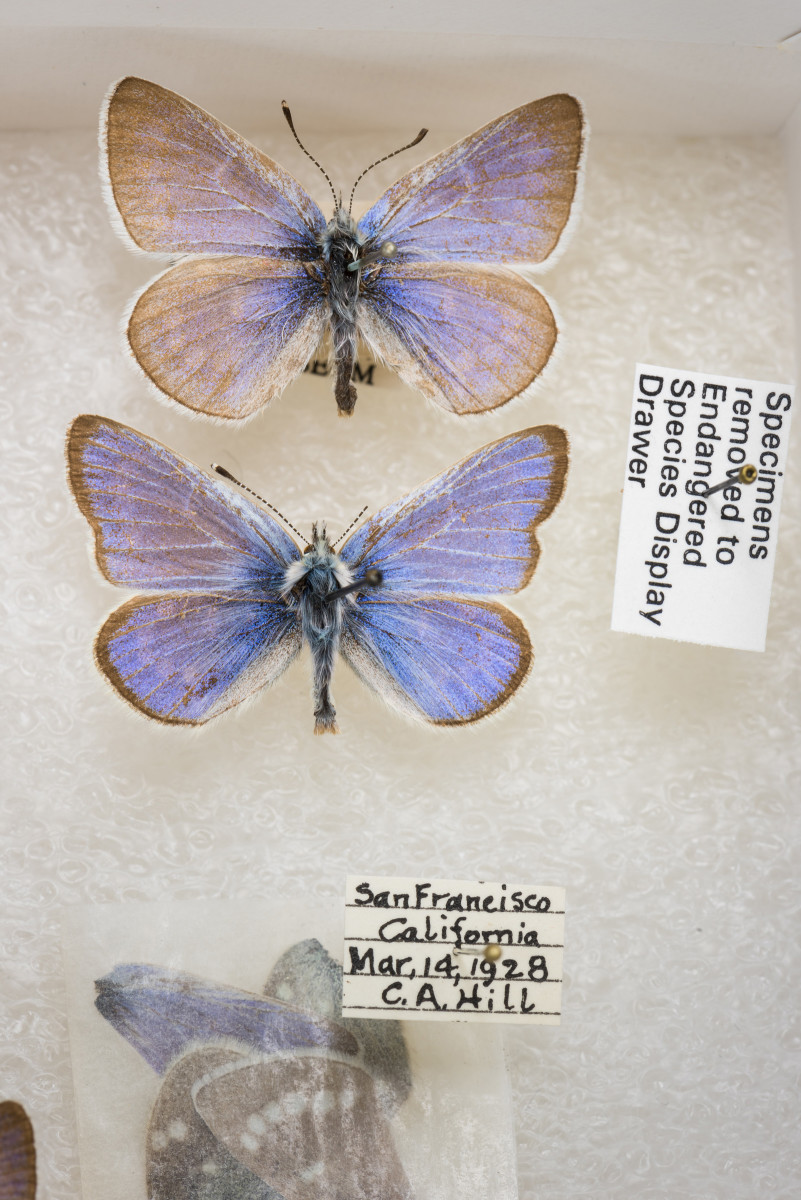