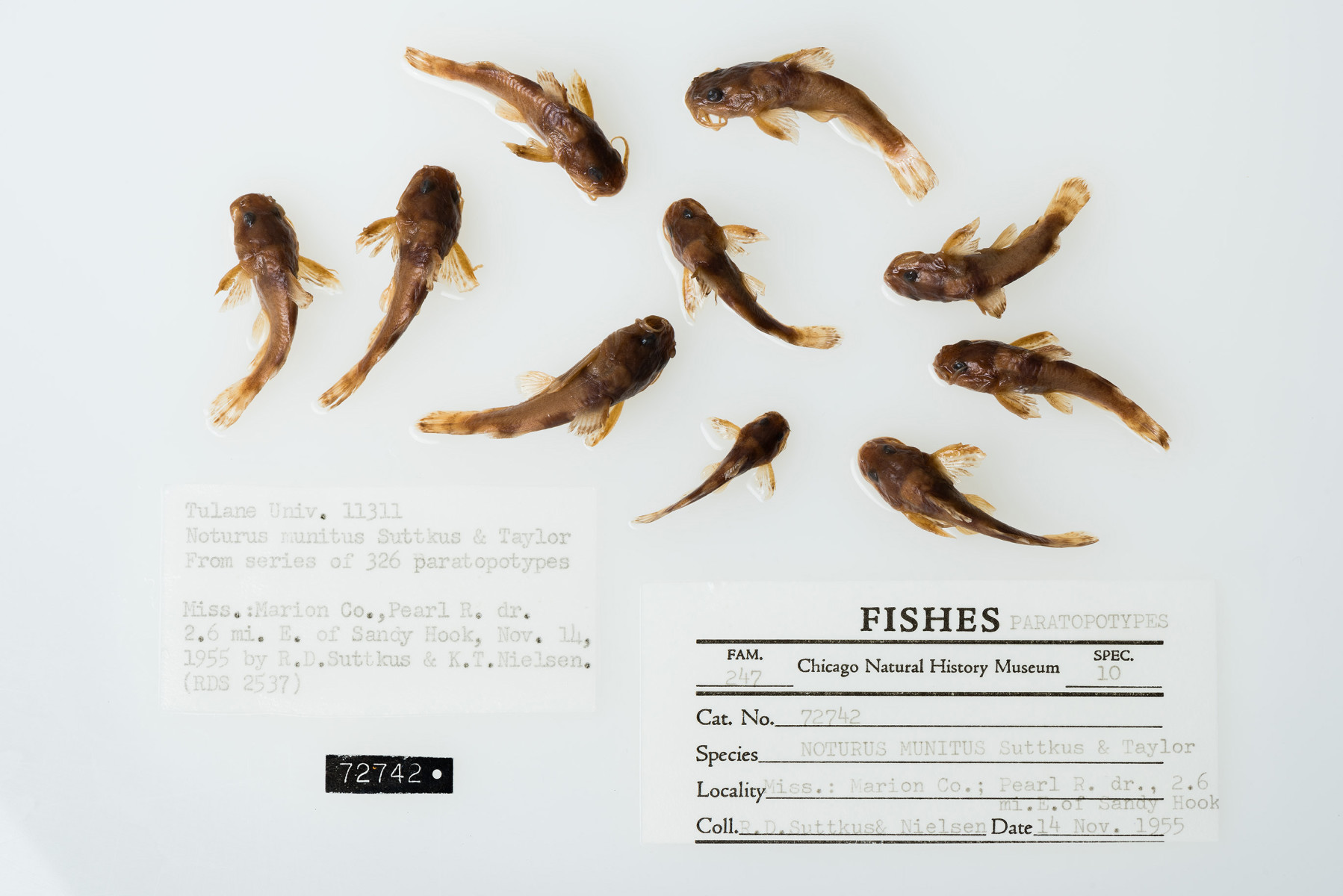 Madtoms are freshwater catfishes in the genus Noturus, comprised of 29 species. Of those, more than 50 percent are now extremely rare and threatened with extinction. The Frecklebelly madtom is distributed across streams and rivers in the US states of Alabama, Georgia, Tennessee, and Mississippi. N. munitus has very particular habitat requirements, only living in clear, medium to large rivers that contain the right amount of gravel and rocks for shelter and camouflage.

Before the late 1960s, the Frecklebelly madtom was abundant, with accounts of late-night collections amassing hundreds of specimens. As of 2010, the species has only been found to occupy nine locations, leading to its listing as vulnerable. Its numbers have suffered for the same reasons as many small river fish in the US: habitat destruction as a result of damming, high levels of siltation, gravel removal, channelisation for flood control and pollution from agriculture and urbanisation. However, as this small fish is nocturnal, blends into its surroundings and is no longer than 10cm, properly surveying the species is challenging and may mean that extant populations are yet to be discovered.

In 2015, the Frecklebelly madtom is one of six species of freshwater fish from the southeast US to be considered for protection by the Endangered Species Act. As Tierra Curry, senior scientist at the Center for Biological Diversity commented, “We’re losing freshwater animals to extinction at 1000 times the natural rate and that’s really scary when you consider that the health of humans is directly linked to the health of our rivers. Endangered Species Act protection will protect not only these special southeastern freshwater species but also the healthy water quality that people need.” A decision is expected in 2020.