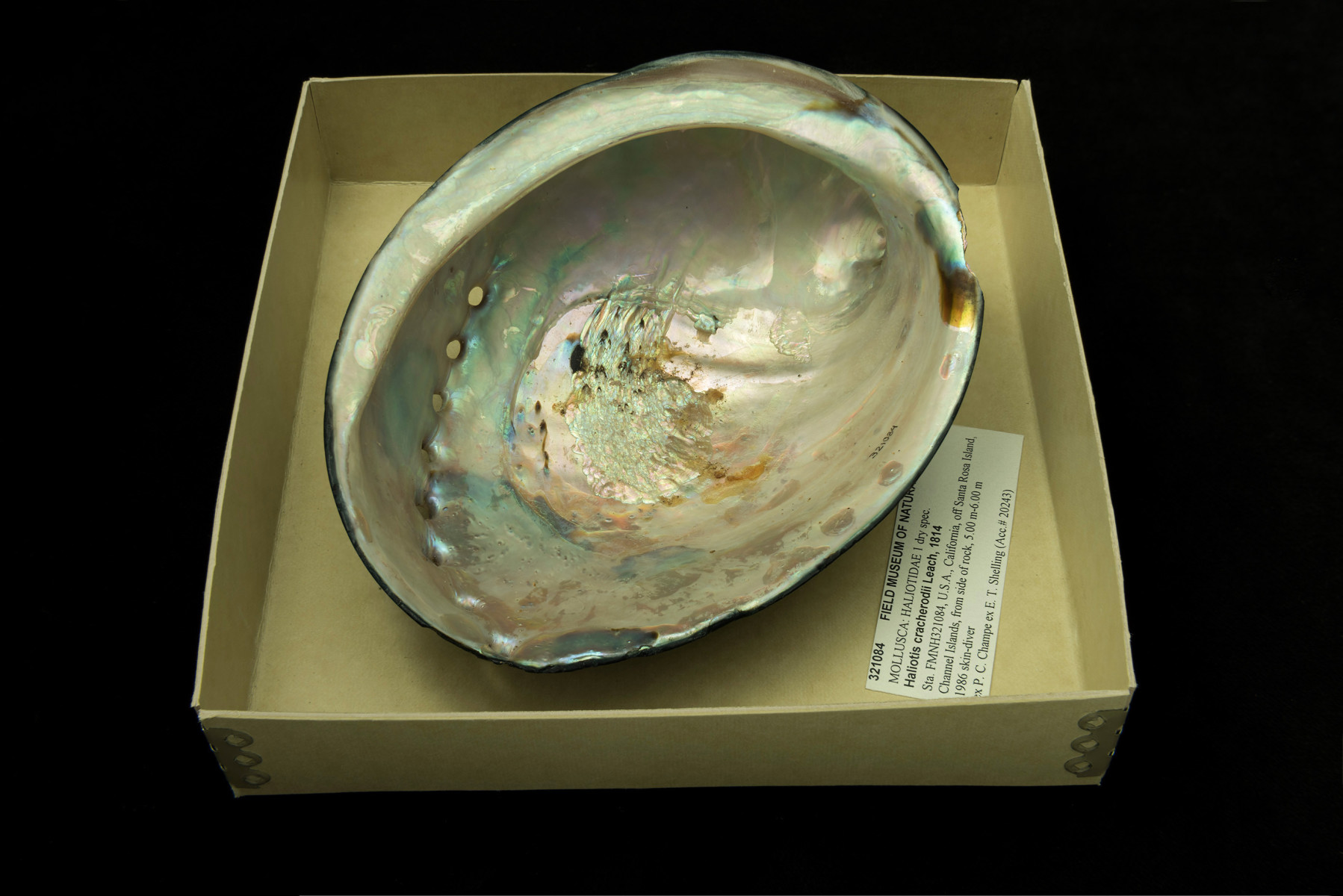 Black abalone is a species of edible mollusc, widely considered to be a delicacy. Its shell is a dark blue, green or brown with an iridescent pinkish or greenish interior. Black ablalone can grow up to 20cm and are mainly found on the southern coast of California, extending down to northern Mexico. It is thought that H. cracherodii can live between 25-75 years.

Black abalone are integral to the health of the their ecosystem. By feeding on the algae on rocks, they keep its population in check – an overgrowth of algae can block sunlight from reaching the ocean floor and therefore decrease the amount of oxygen many of the ocean’s creatures depend on for survival. In addition, a loss of H. cracherodii means its predators, namely starfish and sea lions, will start to prey upon other species.

In 1985, numbers of black abalone suffered an 80 percent decline which was attributed to a disease called withering syndrome, caused by bacteria that attack the abalone’s digestive track, leading to atrophy and eventually starvation. It is believed that increasing water temperatures allowed the bacteria to flourish.

H. cracherodii also suffers greatly from being overharvested for food and for trade of its shell, used in making decorative items or jewellery. There are now laws in California restricting how abalone may be harvested – only by skin diving and without any scuba gear, only in certain seasons and only once they reach a particular size. Yet illegal poaching continues and the species continues to be threatened by commercial harvesting in Mexico.