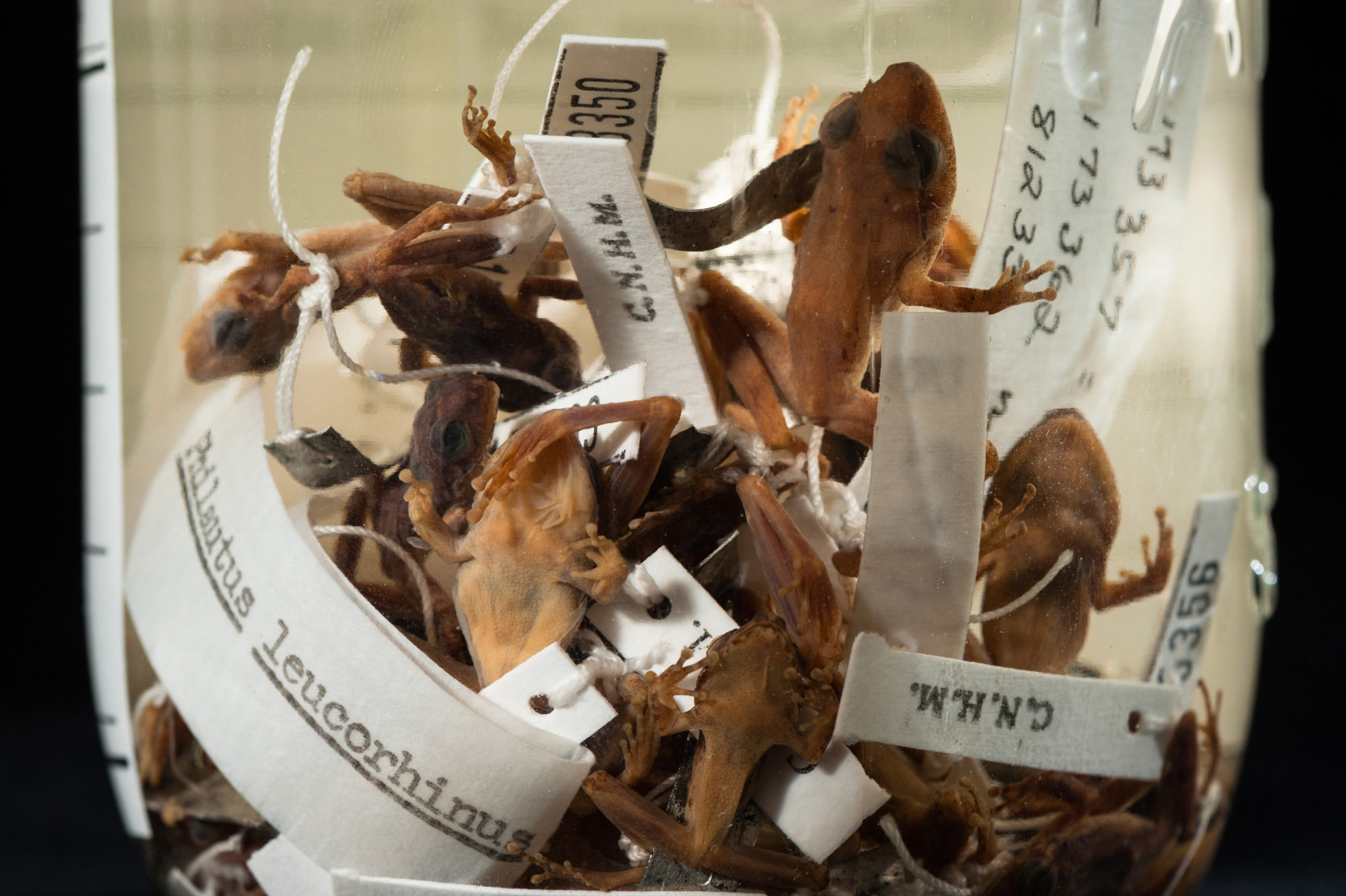 There are approximately 105 species of frog native to the immensely diverse central highlands of Sri Lanka, of which around 86 survive today. Yet these figures change almost yearly. With ongoing research, frog species are constantly discovered, rediscovered and declared extinct. In 2010, scientists in Sri Lanka stumbled upon a population of 40 webless shrub frogs (Pseudophilautus hypomelas), a species that was last seen in 1876, and in 2012, eight new frog species were discovered in the Peak Wilderness Sanctuary, a protected reserve.

We only know about the white-nosed bush frog from a holotype – a single type specimen used to describe the species – that was collected in 1856. Attempts to locate this extinct frog have failed for 10 years and the primary cause of its decimation is speculated to be loss of habitat, most likely from the conversion of land to grow tea and rubber. Yet, like the webless shrub frog, it could very well be that P. leucorhinus’ most impressive characteristic is remaining elusive.