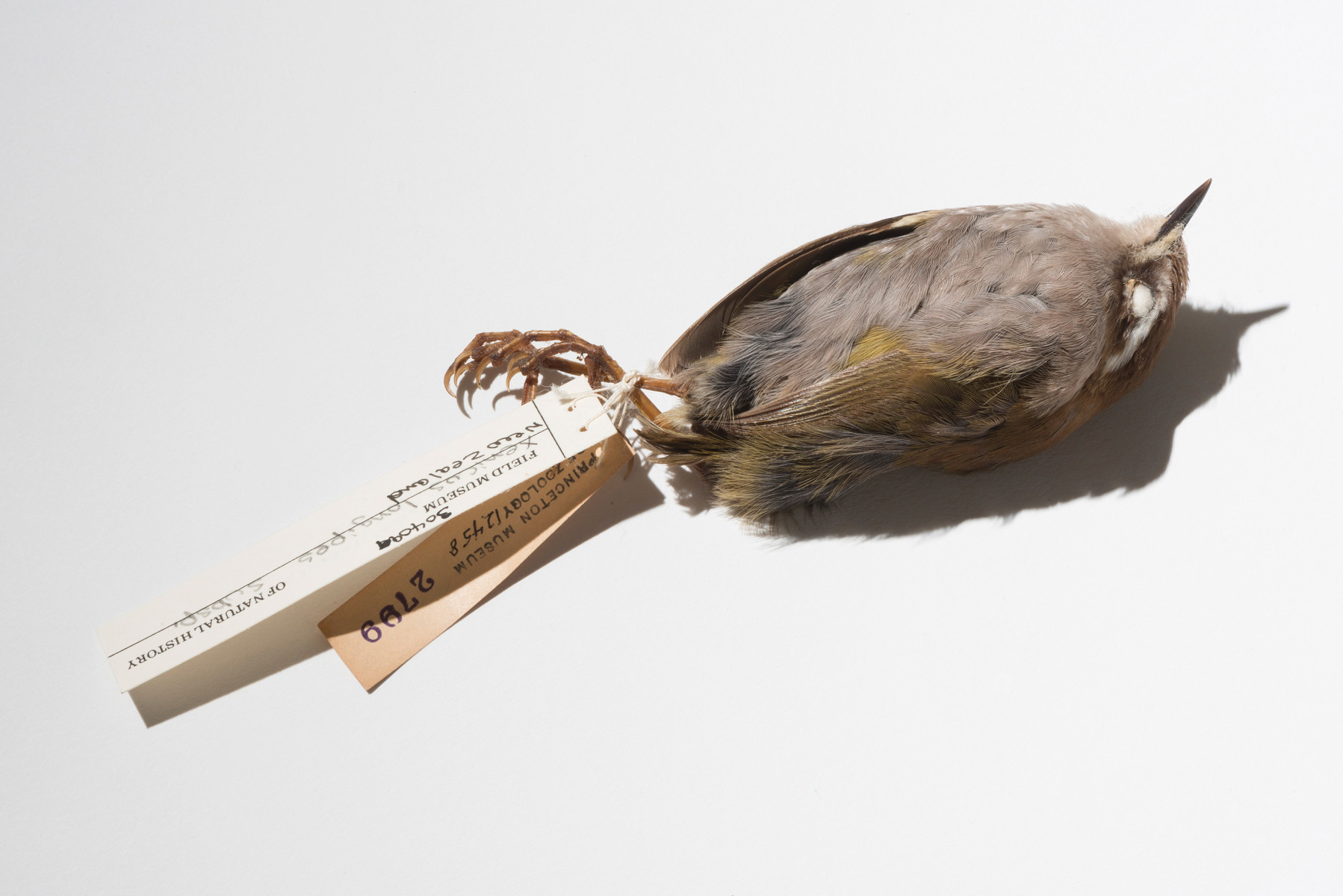 Endemic to the three main islands of New Zealand, the bush wren was a small, 3.5 inch long, nearly flightless bird. It inhabited both dense, mountainous forest and coastal forest. It has been classified as extinct since 1994, having been last recorded on the North Island in 1949, Stewart Island in 1965 and South Island in 1972.

Of the six species in the New Zealand wren family Acanthisittidae, only two survive. They are called wrens only due to their superficial resemblance to true wrens of the family Troglodytidae. As the bush wren was a ground nester and hopped around on the forest floor, it was very susceptible to predators, as were many of the country’s now extinct wrens. The extinction of bush wren is widely attributed to the 1880s introduction of stoats and rodents, such as ship rats, to the island. In 1964 the New Zealand Wildlife Service translocated six individuals from Big South Cape Island to a nearby rat-free island, in a desperate last attempt to rescue the species but the experiment failed.