The spiny-knee leaf frog is considered extinct. It was endemic to Brazil and the species was described from the holotype, collected in 1898. A holotype is the single specimen used to formally describe the species and the specimen to which all other specimens are compared.

After this photograph was made in 2015, Collection Manager Alan Resetar questioned the identification and contacted Dr. Carlos Alberto G. da Cruz, a herpetologist in Brazil. After examining photographs sent to him, Doctor Cruz confirmed that the specimen was not a spiny-knee leaf frog but the closely related Santa Catarina leaf frog.

A live Santa Catarina leaf frog has not been documented since 1970. Despite a lack of evidence over five decades, it is not yet considered extinct (it is listed as “Near Threatened” on the IUCN Red List) but it is widely believed to have suffered the same fate as many other tropical, high-altitude small frogs, having succumbed to ecosystem changes and to chytridiomycosis, a disease caused by the rampant chytrid fungus. 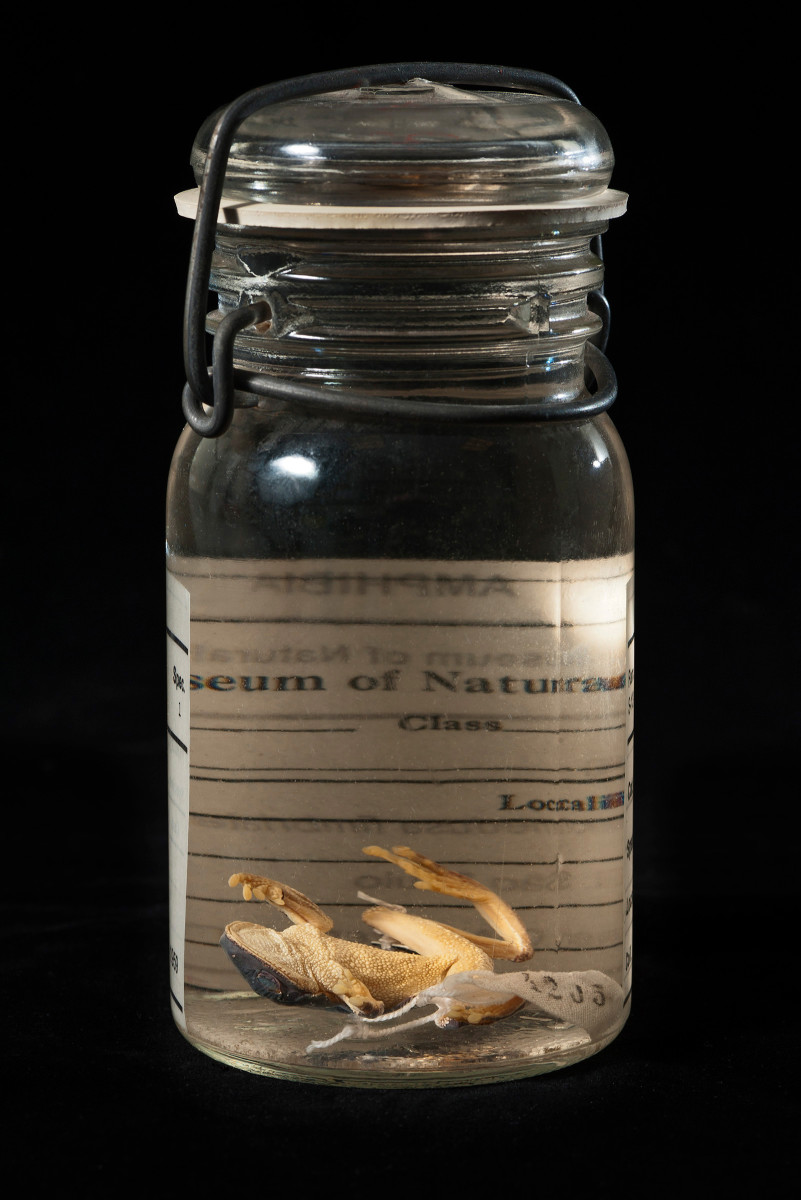