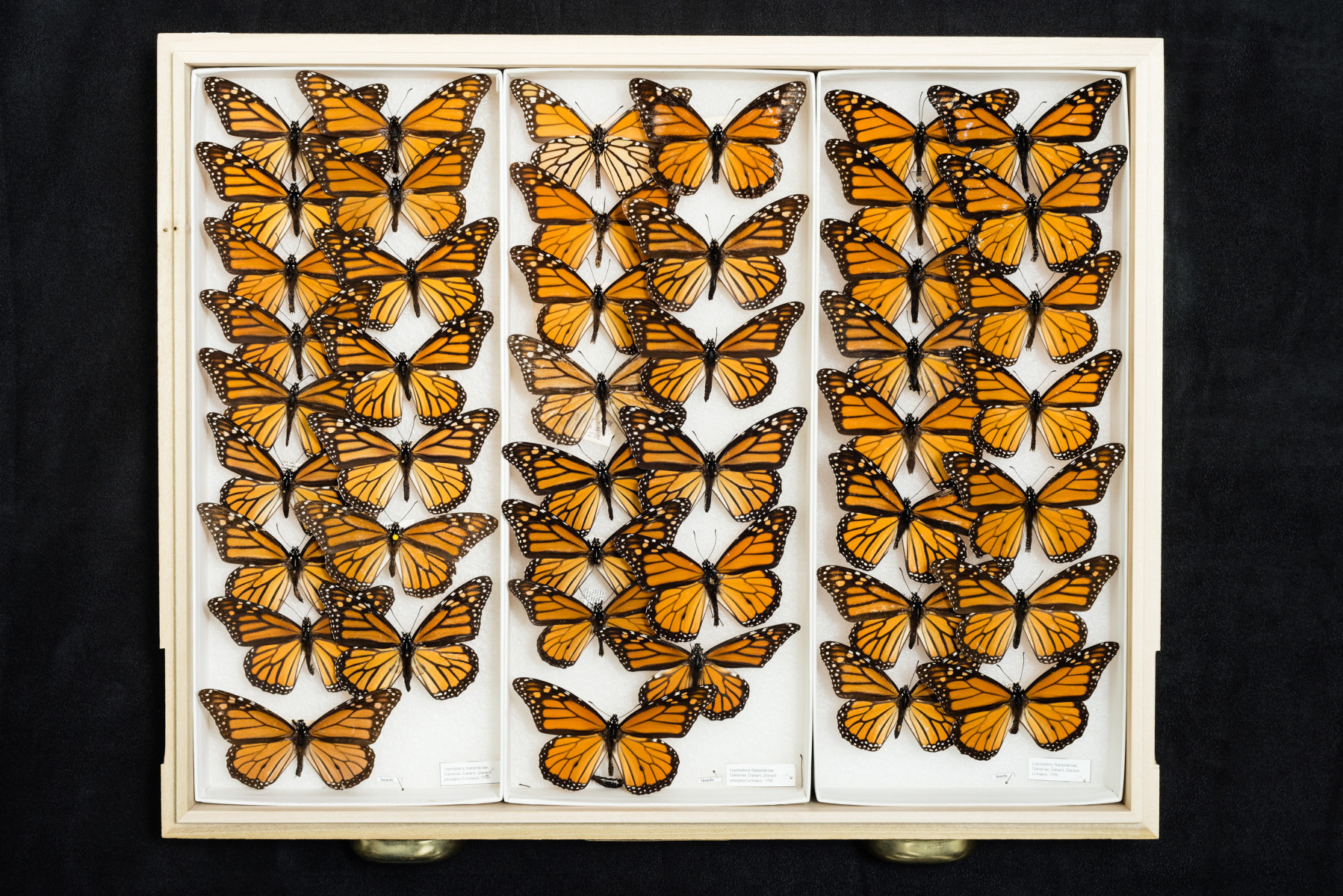 
The unmistakable monarch butterfly, with its bright orange wings, striped in black and dotted in white, is arguably the most iconic species of butterfly in the United States and is designated as the state insect in seven states. Monarchs are found all over the country, with millions of them migrating west to California and south to Mexico during the winter months, the only species of butterfly that travels this far (over 4000km).

Just 20 years ago, it is estimated that one billion monarchs migrated to central Mexico but today that number has dropped 75-90 percent, with a similar decline in numbers observed in California. As the monarch’s larvae feed exclusively on milkweed, their survival is inextricably linked to the abundance of this plant. Milkweed, however, has systematically been eradicated around the Midwest by the widespread use of herbicides. Genetically modified corn and soybean crops – by far the most widely grown crops in the US – are bred to resist the chemicals that have killed off the milkweed that used to grow alongside them. It is estimated that 48-60 million hectares of milkweed habitat in the Midwest is now completely gone. In addition to this major obstacle for the monarch, they are also threatened by climate change, causing erratic weather and affecting plants the butterflies rely on for nectar, as well as deforestation affecting their overwintering habitats. Monarchs are particularly vulnerable to extreme weather events at overwintering sites where their numbers are highly concentrated.

Being such a beloved species means that monarchs have federal, local and state governments and several organisations fighting for their cause, including petitions to have the butterfly protected under the US Endangered Species Act. Conservationists are lobbying to stop the widespread use of pesticides, efforts are in place to plant species preferred by the monarch along its migration route and on a more local level, concerned people plant their own ‘butterfly gardens’ to encourage the monarchs to keep returning, year after year.