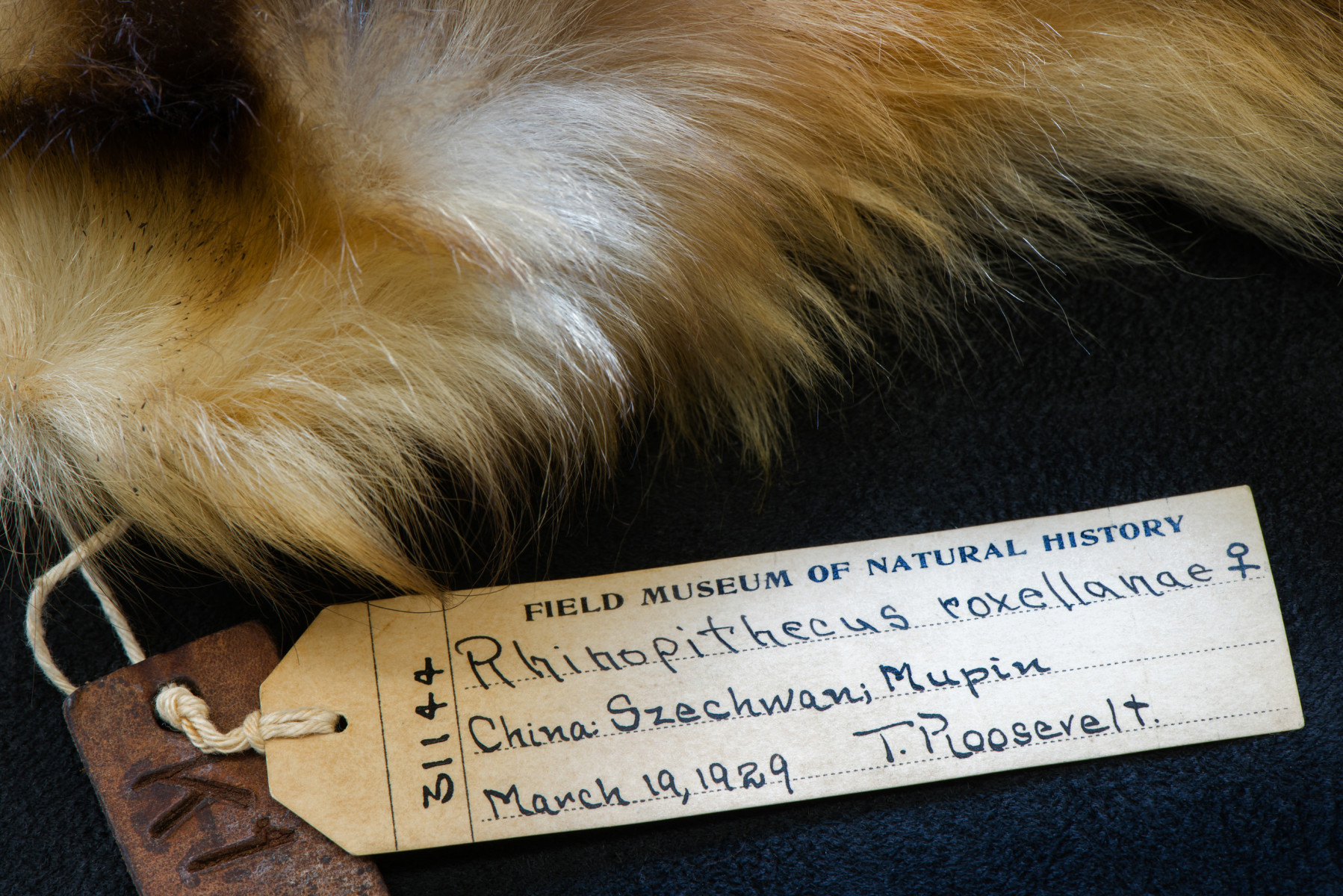 The Golden snub-nosed monkey is a species of ‘old world monkey’ (those native to Africa and Asia) endemic to western-central China. It is covered in long, thick fur, allowing it to withstand colder temperatures than other non-human primates, and adapted for the snowy, mountainous forests it inhabits at about 3000 metres above sea level. They live in groups of one male and several females and spend most of their time up in trees, eating leaves, bark and lichens. There are three other subspecies of snub-nosed monkey, all living in a similar range and habitat, and all are classified as endangered.

This specimen was collected by Theodore Roosevelt III, the eldest son of US President Theodore Roosevelt on the William V. Kelley-Roosevelt Asiatic Expedition zoological expedition to southeast Asia in 1928–1929, sponsored by the Field Museum of Natural History and co-organized by his brother Kermit Roosevelt.

Golden snub-nosed monkeys have experienced a 50 percent population decline in the past 40 years. Threats to the monkey started far longer ago, however, as it was thought that the fur of the species had medicinal properties and it was widely hunted – Chinese aristocracy used to wear their pelts to ward off rheumatism. Today, that practice has more or less ceased, although some illegal hunting for their meat does still occur. Now the species is most threatened by degradation and loss of habitat as forest is cleared for agriculture and commercial logging. Its preferred food source, lichens, grows in abundance on the bark of dead trees and those trees are now harvested instead of being left in the forest. While the species occurs in a number of protected areas, it is still losing its habitat at a rate steady enough for it to be at great risk of extinction.