Pau brasil can reach up to 50 feet (15 meters) high and is characterized by a flaked bark that reveals a blood-red wood underneath. The bark is believed to have medicinal properties, and the species holds an important place in Brazil’s history and culture. Portuguese explorers in the 1500s arrived in what is now Brazil, recognising the tree as similar to those in Europe that produce a red dye named pau brasil. The following export of the tree in huge numbers led to the country being named after the species.

Today, pau brasil continues to be threatened by deforestation of the Mata Atlântica, as it is the main source for high-quality violin bows. The bow industry is estimated to be worth millions of US dollars a year and illegal cutting and exportation continues. Along with other organisations, the Global Trees Campaign works to build awareness in local communities and to support conservation and forest restoration efforts. 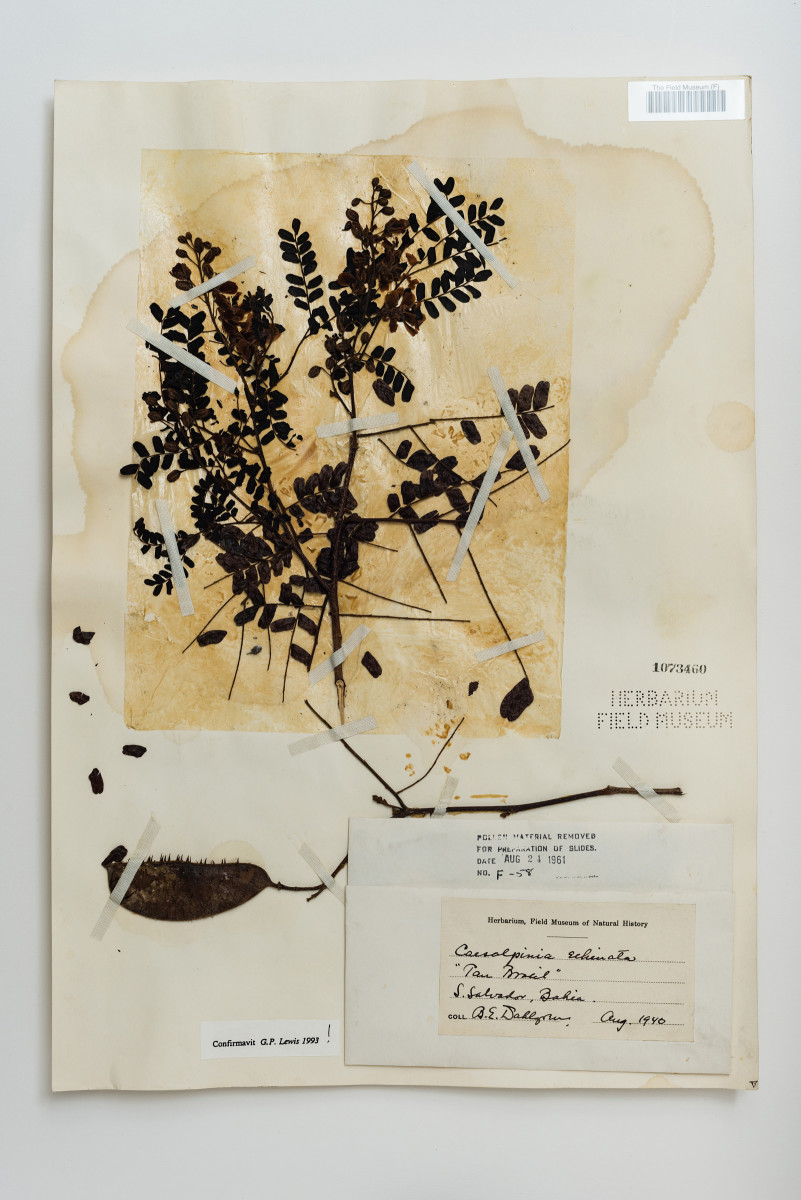