The majestic Patagonian cypress can reach heights of up to 197 feet (60 meters), with some specimens estimated to be as old as 3600 years. It occurs only in southern Chile and Argentina’s Patagonia in temperate rainforests. The tree grows in a wet environment but depends on forest fires for regeneration; fire suppression by humans may contribute to its current decline. Patagonian cypress timber is historically prized for its physical properties, having been harvested in Chile since the 16th century.

Due to its stark decline, Chile declared the Patagonian cypress a national monument in 1976, legislating against future logging of the species. However, grey areas still remain with the logging of trees that died before 1976. An estimated 25 percent of the remaining Patagonian cypress population exists in the Patagonia National Park, purchased by the founder of North Face, Doug Tompkins, and bequeathed to the Chilean government for future conservation efforts. 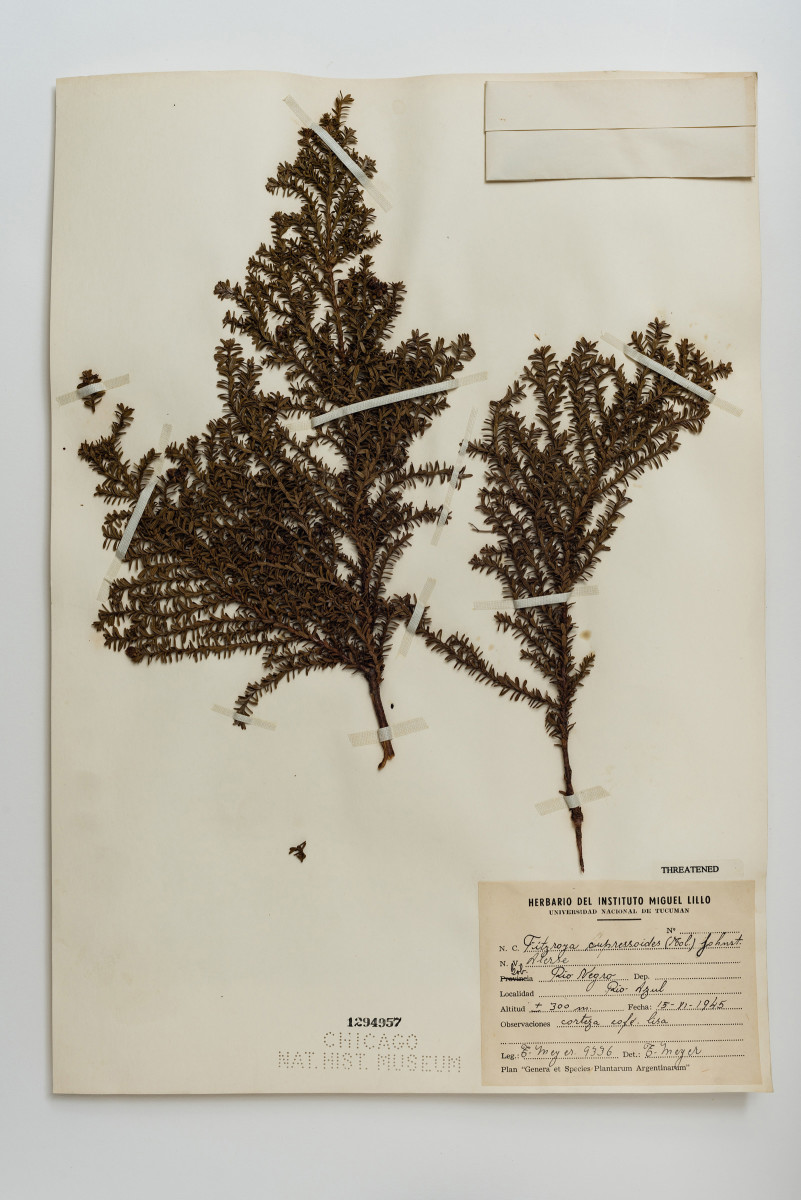